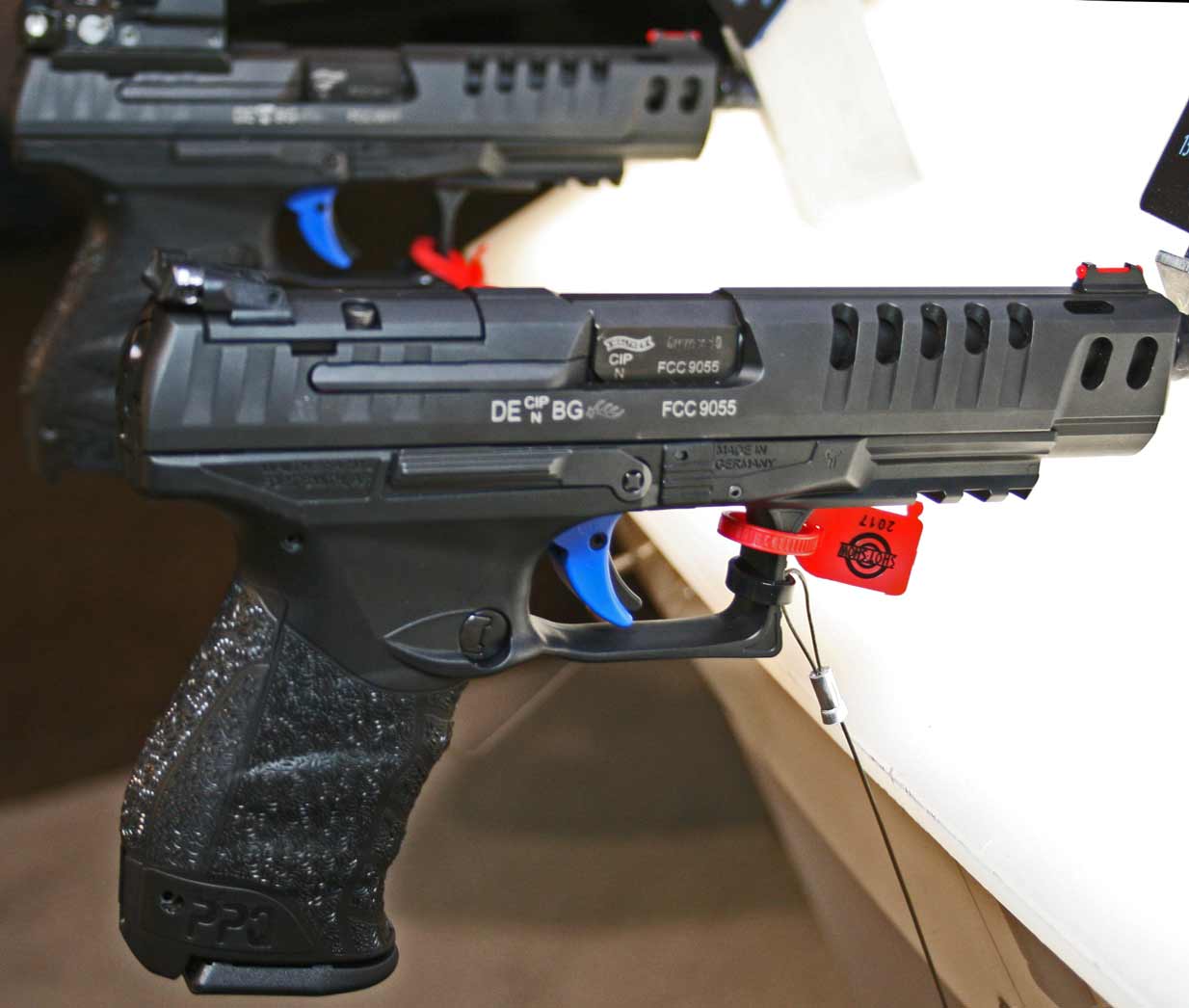 In the last 2 years Walther has made some seriously good moves and stepped up to bring very high quality to the market at a reasonable price. The M2 version of the PPS is a big success, the PPQ line and as of 2017 the Q5 and Creed. All of these guns are doing great things in different portions of the market. So why is it that Walther isn’t the name at the top of the list of ‘gotta have it’ guns? Why is it that Glock, Sig, Smith&Wesson and others top the list and leave Walther in place as an afterthought? It isn’t function. I think it’s sex appeal. We’ll get back to that soon.

First, let’s take a look at the Walther heritage. Post WW2, the PP and PPk lines were great shooters and a little heard to get as they were made in Germany and weren’t as readily available to the American market as other options and at the time revolvers were more popular. Later, Ian Fleming’s novels began to make their way to the silver screen and James Bond introduced the PPK to movie going American audiences in a way that made it exotic and sexy. The PPK became popular and was a great little gun in it’s time. If you got a German made model it was usually exceptional. Later the Walthers were being imported by Interarms via Alexandria VA. These models, while less sought after, were still a very good choice. Then Walther made a deal with Smith & Wesson. After S&W took over assembly, the quality and accuracy suffered, in my opinion.

This brings us to the late 1990s-early 2000s. The gun market was changing. Lighter, polymer frame pistols were gaining market share. The PPK, being chambered in .380 and of a steel construction was suddenly the heavy, oversized option for the caliber. As pocket sized, light weight 9mm’s began to come to market, the nails were sliding into place for the Walther Icon.

While this was happening, Walther began to innovate in other pistol designs. Notably, the P99 was introduced. It was a light weight striker fired option, in 9mm or 40 caliber, with interchangeable back straps, multiple trigger options and a de-cocker.   For the time, it was a big deal and a first in a lot of ways.

It was the evolution of pistols like the P99 that led to the options Walther has today. Walther has been working hard to make excellence in function. But ergonomics, while fantastic and logical, aren’t sexy. Even though James Bond briefly switched to the P99 in Casino Royale the Walthers remained overshadowed.

What I’m seeing, Walther is putting out pistol after pistol that shoot great and feel good in the hand but fail to inspire a positive visual appeal. I had the same feeling when I first found the XD line of Springfield pistols. I felt they were ugly, but the function and attention to detail won me over and I have 3 in my safe now. I expect the same will happen with Walther, the market share will grow as word spreads.

So why are those other companies so sought after? I feel like Glock went from novelty to the expected. They’ve built a reputation and more importantly a heavy aftermarket following. The fact is, if you want to find an aftermarket part for a Glock you can find it at any number of websites. This availability makes the Glock an attractive purchase. I don’t like the trigger or the grip feel of the Glock and I don’t like the idea of buying something I know I have to work on to be happy with it.

What about Sig? The big selling point for me is the Sig military history. The government contracts have built a very solid following and rightly so. While they are amazing, the ergonomics in most cases are less than perfect but they still hold a larger market.

Smith&Wesson uses strong advertising and puts a lot of money into the shooting sports and they have shooting team members that get a lot of screen time. This certainly seems to work for them with the success of the M&P line (despite the crunchy trigger for which they were initially known ).

Each of the competitors has something that Walther has been lacking, customization. The aftermarket parts availability allows you to make a Glock into nearly anything you want. You can get lighter slides with custom cutaways, better trigger sets, specialty finishes etc. With S&W there is a ready availability in house with their custom shop plus aftermarket options. Sig puts out different options of every model, scorpion, legion, nightmare, etc.

Until now the Walter line has offered very little in the way of customized guns or factory options. As an example, the PPS M2 has one optional package. There is a LEO version with an extra magazine and phosphorescent painted sights. That’s not a lot of choice.

After shotshow 2017 I feel more hopeful after some hands on experience with the Q5.

Q5 is set to be competition ready out of the box. This one has the splash of color, the slide cutaways etc; it has the sex appeal while keeping the ergonomics.

I think it’s a step in the right direction to capture more of the market. I am looking forward to seeing where this path leads for Walther’s future.

One thought on “Walther and the market today”