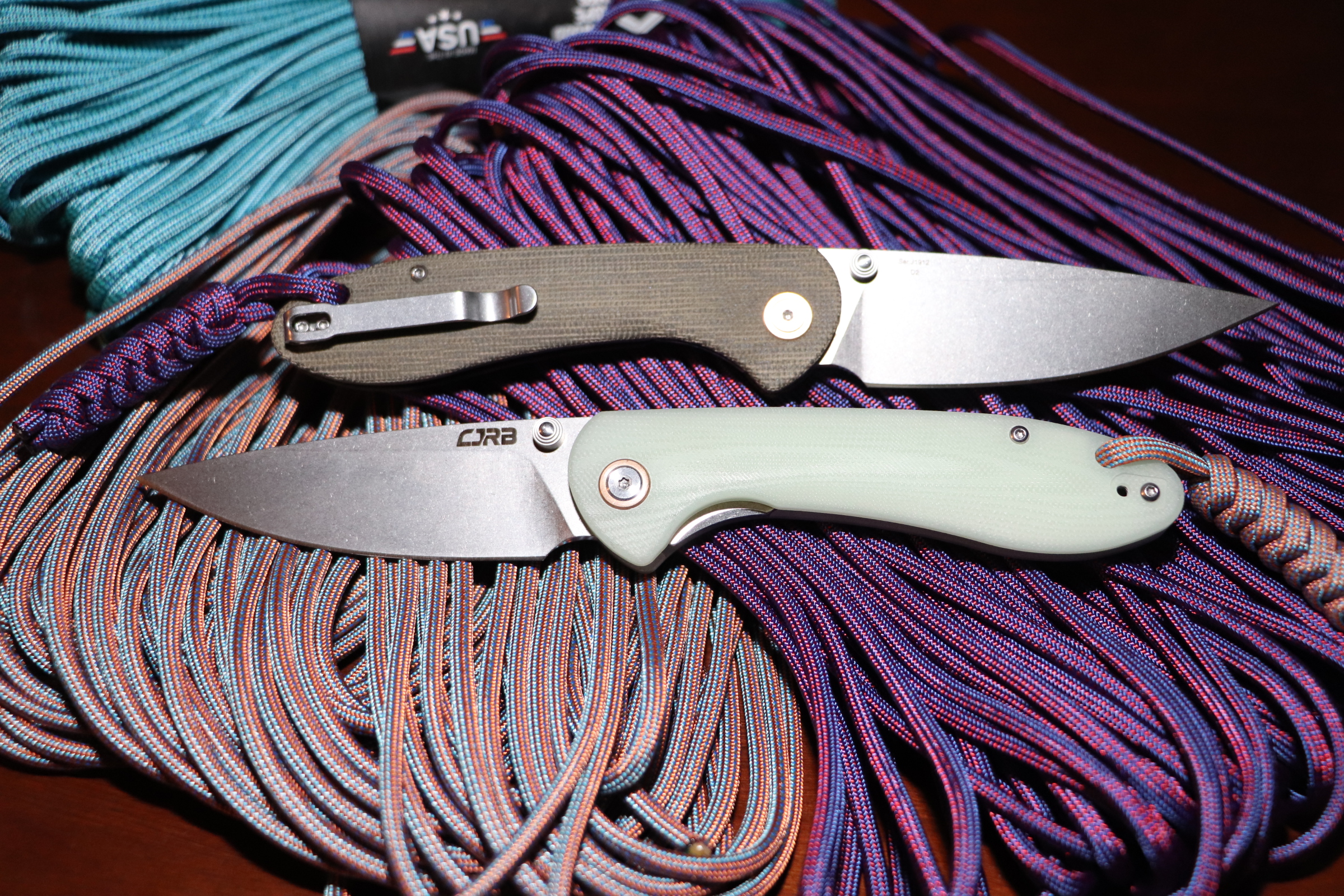 Yes, it’s made in China but I was buying it to rip apart.  Hear me out.

It started when I saw a Blade HQ video about dying your natural G10 scales. I thought it could be a fun experiment but didn’t want to spend any real money on a knife to use as a lab rat.  So shortly after I saw another video showcasing a variety of knives.  One of the knives was a cheap Chinese blade with natural G10 scales. It seemed a good fit my potential guinea pig.

So I took a look and found that CJRB is a budget brand belonging to a Chinese company called Artisan Cutlery. But who cares right?  I bought the CJRB Feldspar on Amazon for $37. What I got was pretty surprising. The Felspar sports a 3.5” D2 stonewashed blade with a dual sided thumb stud. As stated, it had the natural G10 green handle and a reversible deep carry pocket clip. Also, it’s a liner lock. That’s quite the package for such a cheap find.  Then the knife arrived.  The geometry of the thumb stud relative to the pivot is perfect. The blade has a tiny hesitation as the thumb pressure builds and the it flies into position like a quality auto.  Blade centering was spot on. The knife feels great in the hand and is addictive as a fidget toy. Further, that D2 blade is wicked sharp out of the box!

Simply put it’s an incredible bang for the buck purchase. The lines are simple and attractive and despite my initial plans all I would change would be moving to my favorite handle material; Micarta… and a 4” blade maybe.  But wow is it good.

Fast forward a couple weeks and I see Blade HQ just added an exclusive Feldspar to the lineup in… you guessed it; Marcita.  So now I have two of them.  I’m not sorry.