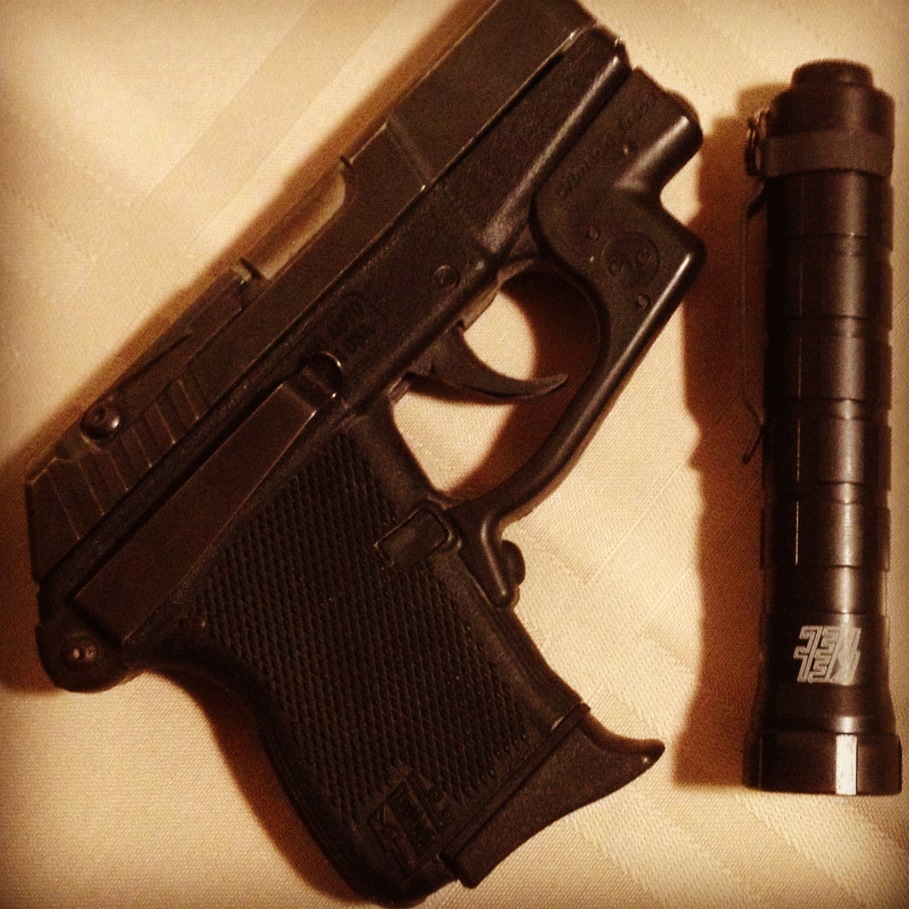 The P3AT is an inexpensive pocket gun developed by Kel-Tec based on it’s popular P32 design. It is also very nearly identical to the Ruger LCP. The P3AT has been a wildly popular choice for pocket sized concealed carry due to size, caliber and low relative cost. While the gun is only a 380acp it does kick enough to feel the rough grips effect on your hand after firing a few mags. The P3AT can be a serviceable back up gun though it is not without it’s problems.
The P3AT is widely know for having feed problems. Some will say it’s a problem with the gun loading hollow points. In actuality it has nothing to do with the type of ammo used. The hang up happens when the edge of the casing catches on the corner of the frame located just below the feed ramp. I am not a gunsmith, and any alterations to the gun could void warranty and of course be potentially dangerous. Therefore I am not telling you what to do about this issue. I can say what I did was take a small file to that edge and rounded it a bit. This seems to have solved the problem for me but I will not tell you to try it.
On the bright side there is a nice variety of accessories for this weapon grime Kel-Tec and others. I personally use a sticky holster, crimson trace laserguard, Pearce finger extension and a Kel-Tec extended magazine and pocket clip.
The gun suffered from being a weak round in a short barrel and isn’t overly accurate but with work it is perfectly adequate for defensive purposes.