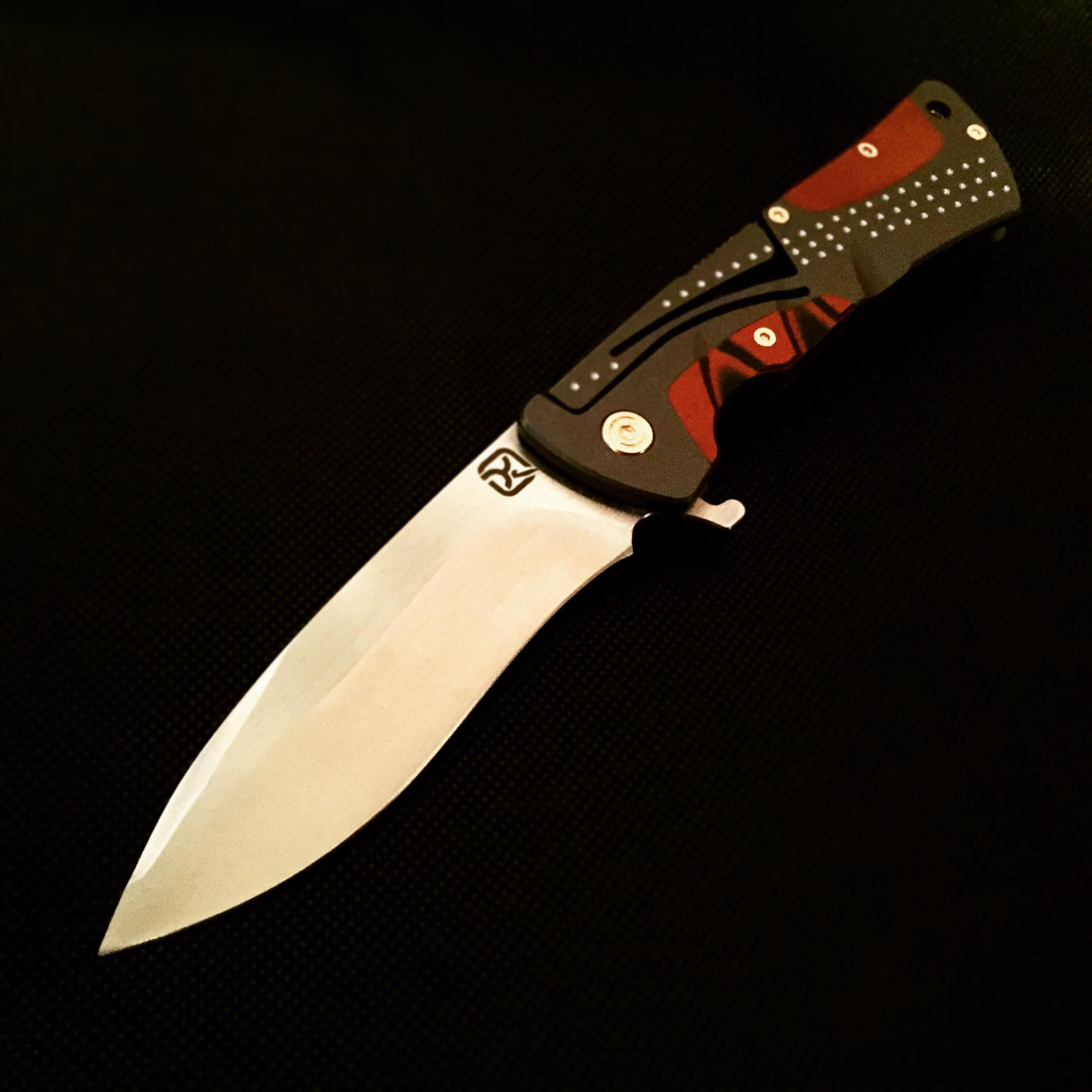 You may or may not know the name Glenn Klecker. Glenn is a knife designer and heavy contributor to the Columbia River Knife and Tool company. We all know you can find a pretty good production knife from CRKT. They are a leader in style and selection of mid-priced blades of all sorts. What you may not realize, Glenn Klecker has his own website where he sells a small selection of designs he has held back and put his own name on. The Klecker offerings are truly designer knives and we took a good look at the Cordovan folder, the largest knife in the Klecker line.

The first thing anyone would notice about the Klecker Cordovan is its beauty. The design, just from a shallow standpoint, is simply very attractive and immediately sets the knife apart. Klecker obviously went to great lengths to maintain a fine form without endangering function. The color accents are obvious but smaller touches are somehow more important in my mind. The purposeful contour of the flipper tab, rather than the usual triangular hump.

The subtle convex flow of the cutting surface.

Finally, the very specific way the blade is ground to add a little extra material just behind the tip that is only appreciated when viewing the spine of the blade.

All these small touches add up to a knife that was designed by someone that truly appreciates what he does.
What drew me to the Cordovan in the first place was the ingenious Klecker locking mechanism. These knives function like a lock back folder but there are no real internal parts to the lock. Instead, the steel sides of the knife are cut in such a way that they become a spring.

The shape cut into the back of the blade rubs against a pin that spans the distance between the “springs” and provides appropriate tension during opening and to keep the knife folded.

There is no spring assist here, it opens with push of the flipper and a flick of the wrist. While I may normally say a knife with a flipper that requires wrist action detracts from its appeal unless it’s an exceptionally large blade, I feel the Klecker lock provides an out of sorts. It gives me a reason for the action.
It all comes together in a handsome and beefy gentleman’s folder. While the knife has some reassuring heft to it; it also lays very flat in the pocket. It practically undetectable if printing is a concern. Further, it sits deep in the pocket thanks to the position of the basic but very functional pocket clip.

While it’s a thin clip it is also out of the way and not what you expect to see on a pocket knife it could pass for a pocket clip on a nice pen. If you did pull this blade out of the dress pants at a nice function nobody would bat an eye. While the Cordovan is the largest blade in the current Klecker line, there’s no black tactical gear here. It looks expensive and somehow that makes it less threatening.
If I was to provide any advice to Mr Klecker; I would suggest offering this knife in another color palette. While it’s a beautiful knife I personally have no love for gold tones so I would be excited to see even a limited run of this knife with stainless accents instead of brass and maybe a light grey insert instead of red. I think it would be an irresistible limited edition for any collector. I would urge all of my readers to watch what Glenn Klecker is doing, I have a feeling there is even more innovation coming our way.