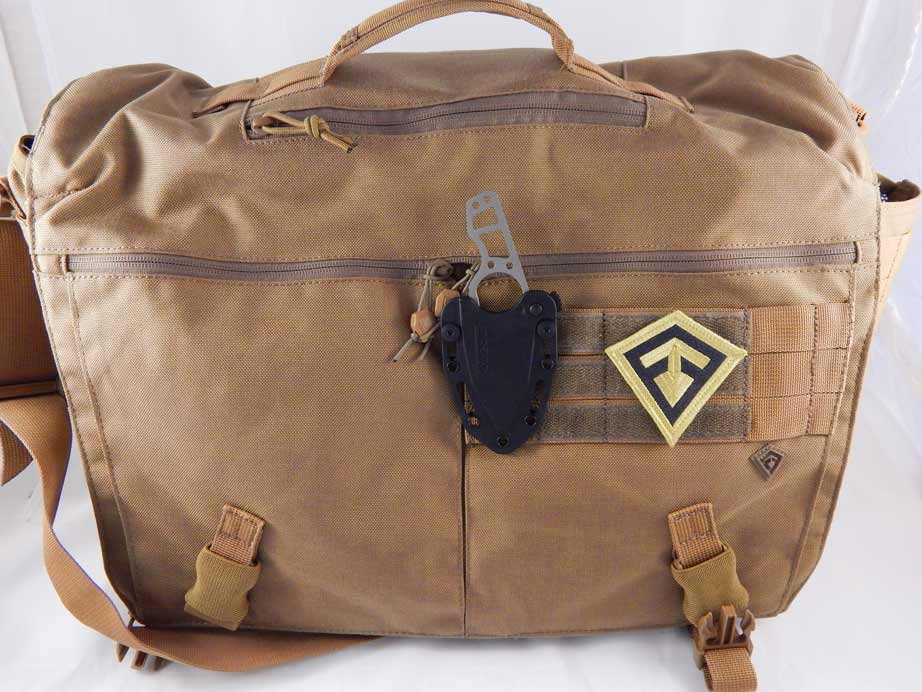 I came across First Tactical at Range Day ShotShow 2016, they had a small booth in front of several AR-15 firing lines. I vaguely remember seeing some hats, not knowing what they were about and assuming that they were associated with one of the AR-15s on the range behind them. I was obviously wrong.

This year I happened across them at Range Day again and saw a booth that was enormous by comparison. First Tactical had grown and seemed to be making a little bit of everything. They were now making tactical clothing, boots, bags, and now knives, lights and even watches. It was one of the watch prototypes that stopped us in our tracks. They had a shockproof watch with digital compass that was appealing to my father, being a carpenter by trade, he can be quite rough on a watch. Our willingness to work on a watch review opened a marketing dialog and we were given a couple media kits.

After a few discussions, things cooled down and I thought we may or may not be working with First Tactical and it was no big deal either way. Later things changed when I went through the media kit. Inside there was a catalog, contact information and a pair of socks. Socks? I have seen companies add small products to kits plenty of times. Most of the time the items are more about being cool than useful. Something that would make you remember the company that gave it to you. I never thought I would see socks in such a kit. I thought it was crazy. Little did I know those socks would be the beginning of my obsession with First Tactical gear.

Those socks were the First Tactical 9 Inch Cotton Duty Socks. They were black. A week later I was to attend the interment of my father-in-law at Arlington National Cemetery. I wore all black and grey to the ceremony and thought why not wear those new black socks? I pulled them on and laughed about how high they landed on my legs, they were practically knee socks, reaching all the way above my calves. I slipped on my black dress shoes and made my way out the door. While at the old chapel, we decided we would walk behind the caisson to the gravesite. What we didn’t know was that walk would be 2 miles. So I traveled to the chapel, walked 2 miles to the gravesite, attended the gathering afterward, joined the family at my mother-in-law’s home and then after a couple more errands went back to the hotel late that afternoon. When changing clothes I was simply amazed to realize the socks never moved. They were comfortable, didn’t cut into me but never moved. I immediately bought 6 more pairs and 3 pairs for my father and even 3 for my wife. I know socks don’t seem like a big deal until they are. You know bad socks are annoying and great socks are pretty nice to have.

So, I took another look into the First Tactical catalog and made them a priority. We put together a list of other items that should be reviewed. Soon I had a box of samples that included the Ascend Messenger Bag, Specialist Tactical Pants, Pack-It Jacket and a Fathom Stainless Steel Dive Watch.

Since all this gear came I’ve gone back and also bought the Tactix and Specialist shirts, and even more socks.

I stand by the statement “If it has pockets you want to buy it from First Tactical”.