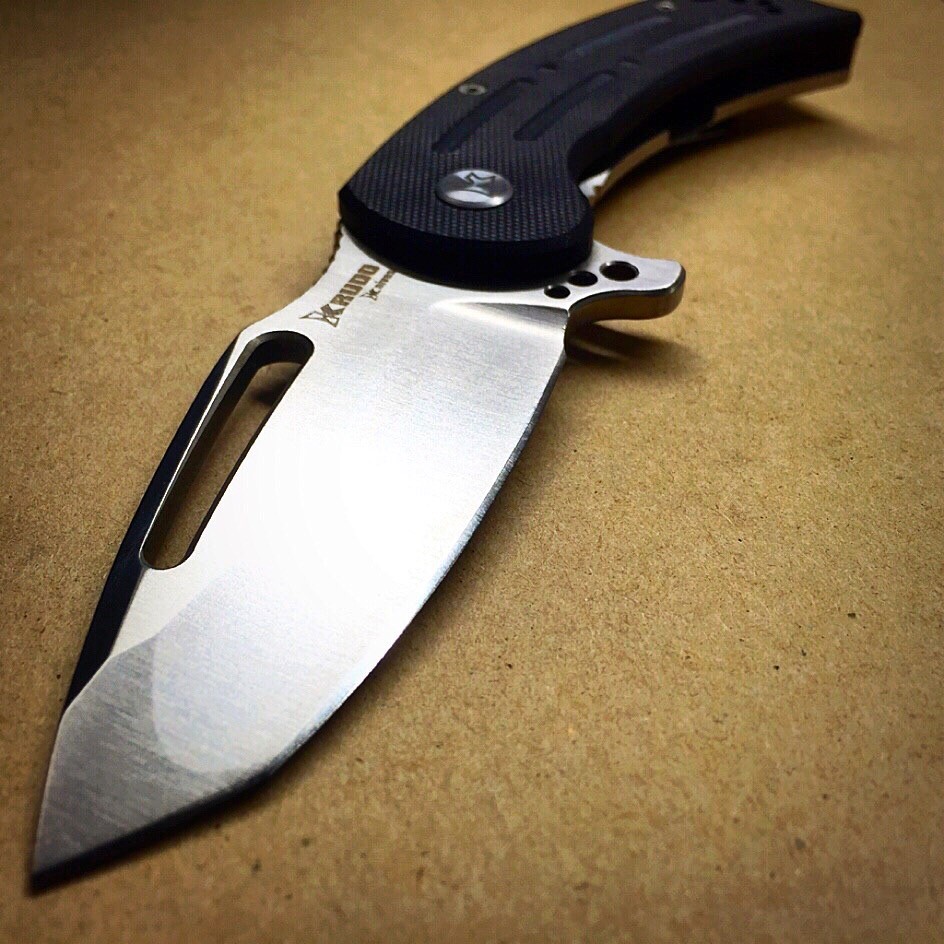 If you’ve been to ShotShow since it’s been at the Sands Expo center you know there are three levels of enormous floor space.  The second level is the center of all the big name firearms companies, the third is the pressroom, meetings and new exhibitors that are displayed in the hallway kiosks hoping to gain a booth in coming years.  Finally, the first floor; it’s enormous and a mix of smaller sized gun brands and a large number of accessories.  Generally, as a media person, you hit floor three as part of the daily trips to and from the pressroom.  The second floor, as you would imagine, is the primary focus for the media.  You can’t possibly see everything so you need to cover the biggest names first.  I generally begin my coverage of the first floor on Thursday, most don’t get there until Friday, if they go at all.

In fact, this year while waiting for the shuttle early on Friday morning I overheard a media person say “I hope everyone has their rubber nose and clown shoes, it’s time to hit the first floor.” That jerk is an idiot.  While the displays on the first floor aren’t as flashy as the ones backed by multi-billion dollar companies, there is true innovation and quality to be found if you just open your eyes to see it.

This year I found Krudo Knives on floor one and I sure am happy I did.  It wasn’t the first time for either of us but somehow I missed out on them last year.  This time I walked up to a crowd surrounding Louis Krudo like he was a rock star.

With the wide selection of blades displayed it was easy to see why.  I was immediately drawn to a few designs that quickly made their way under my skin and fostered a serious desire.  I cannot begin to tell you how much I appreciate the talent on the first floor.

After a discussion, Krudo Knives decided to submit a Krona folder to review along with the quick deployment holster.  While the Krona is an attractive blade in photos, I didn’t really appreciate the gravity of that knife until it arrived.  First, Krudo sets the expectation with packaging.  The presentation is fantastic with the Krudo logo emblazoned the box and everything form fitting inside.  It’s far above the detail shown with most knife packaging.  As I lift the knife out of the box the first thing I notice is the heft. The folder is a little heavier than your average folder at 7 oz, but this isn’t a letter opener, it’s a fighting knife.  You’ll be pleased with that weight the moment you make your first ridgehand strike from a reverse grip.

Everything about this folder was incredibly well thought out.  The knife fits the hand in a normal grip with the handle curve pulling the flipper in tight as a very serviceable guard. The steel frame snugs into the palm and the G10 scale announces its texture along your fingertips making the grip supremely secure and natural.  The secondary flipper tab on the spine of the blade extends some excellent jimping along the back of the grip and the thumb naturally falls into place over that jimping allowing for more fine control and more power for more difficult cuts.  In a reverse grip the curve and flipper work just as well.  The difference is the textured G10 is in you palm and the steel frame is wrapped in your fingers.  This would present a problem with many knives due to the pocket clip, however Krudo chose a wide, smooth edged, low profile pocket clip with placement that works so well it seems that it becomes a middle finger grove and understated thumb rest.  Of course there is jimping placed along the back end as well adding grip for alternate techniques such as pressure point control.

The Krona sports a 3 inch 9Cr18MoVv blade in a wide modified tanto style.

The thickness is beefy, coming in just under .2 of an inch.  That’s a lot of blade for a folder, but the styling allows for finesse.  The tanto point lends extra strength for trusting, the transition point lends a razor-like pinpoint that can be used for precision slicing while the main edge provides a little curve for lengthy slashing that will flay whatever is in its path.  Speaking of curve, the curve of the handle in a reverse hold gives the blade a forward angle that creates a bit more leverage and bite with slashing.

I will say, upon arrival the overall sharpness of the blade was less than I prefer.  While not shaving sharp the blade felt very sharp and was certainly serviceable.  When I asked Louis Krudo about this he stated that his focus has never been on a blade that would shave or cut hanging paper.  While those tasks demonstrate a sharp blade for viewers, he wants to test it on something real.  He stated he tests the blades on meat under denim.  He looks for a blade that will cut through the denim and deeply through the meat over and over again, until there not much let to cut.  If the blade handles that task and is still cutting well when the meat is gone, he’s happy with it.  The thought by comparison is a little humbling, but it doesn’t mean I can’t take the sharpness to that next level.  The width and thickness of the blade do create a geometry that challenges my usual sharpening angles but as I was able to show a mirror polish is achievable and it shaves whatever I need now without any compromise to the edge strength.

Up to this point I have described a great knife, but I haven’t even begun to talk about my favorite aspects, so here goes.  It’s time to talk action.  The Krona is a flipper design with multiple choice for opening.  The pivot is mounted in ball bearings with no need for spring assistance.  This blade design is not designed to flip open without a little wrist action but after a short time I found it was smooth enough to open using only finger action on the flipper.  With a little wrist, it’s lightning fast.  Of course, that’s with the use of the standard flipper.  The Krona also has a secondary flipper that extends from the front of the closed knife, it allows for creative opening choices using a sweep of the other hand or a drag on your clothing.

Also, as stated previously this portion of the blade spine allows for extra jimping when open. Next is the rather unique oblong thumb hole along the spine, it gives a choice of thumb pivot opening.  But that isn’t why I like that thumb hole so much.  That opening is crucial to the use of the Quick Deployment Holster.

The QDH is a kydex sheath of sorts for the Krona.  There is a grommet in its top for a length of paracord.  You can now wear the Krona as a neck knife or half hitch it through a belt loop and tuck the knife in a pocket.  However you wear it, when you grab the handle and draw the knife the QDH pivots away and opens the knife on the draw.  The design is so simple but exceedingly brilliant.  The holster is open backed and grips the hole in the blade spine so that when you pull the knife, that last thing held by the holster is the blade itself and it simply flips right open.  (It should be noted that I wore this knife as a neck knife for the entire review period [and still do]. The entire time it was exposed to direct contact with my overly acidic and destructive skin, I had zero issues with corrosion.) The combination is truly innovative and has thrust the Krudo Krona into my short list of favorite knives.

Do yourself a favor and buy one at https://www.krudoknives.com/product/krona-folding-knife/ for a short time you will get the QDH with it for free!