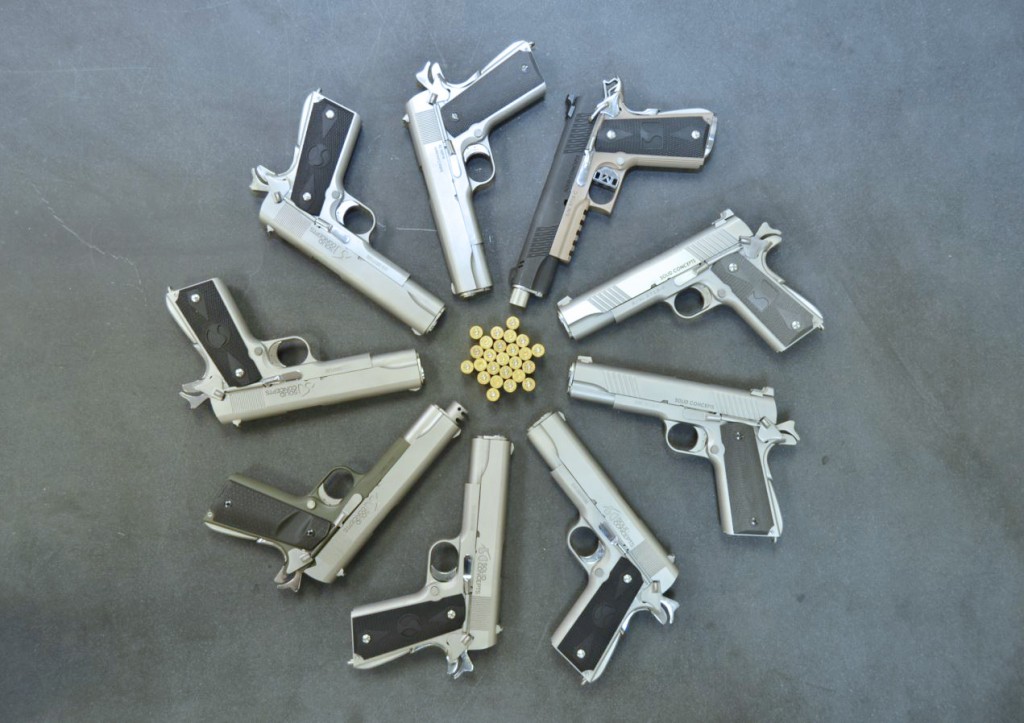 Earlier today I had the extreme pleasure of receiving a call from Eric Mutchler the Production Manager for Solid Concepts’ Firearms Department.  You may not have heard of these names but I bet you heard the recent news of a history making functional 3D printing firearm.  Solid Concepts is the company that made that dream a reality.

I think we’ve all been exposed to the idea of 3D printing at some point or another.  If you watch television you may have seen the guys at Red Jacket Firearms use a 3D printer to make a plastic P90 shell to fit around a 10/22 action to make a “zombie gun” on Sons of Guns.  Maybe you watch the night time soaps and saw the doctors on Grey’s Anatomy printing plastic veins.  Maybe you watch the news and have seen the push to stop “undetectable gun parts” in a bill attempting to instill fear of the unknown future of 3D printing with the thinly veiled intent to further erode the 2nd Amendment.   Regardless, all of the above were printing plastic.  Well, this isn’t your mom’s 3D printing!

Solid Concepts, Inc. printed an entire, functional, 1911 with steel!  From computer CAD blueprints to every single part of a 5 inch mil spec series 70 1911 in 20 hours.  I am astounded.  After all the parts are printed everything is hand fitted, leading to a nice tight new 45 ACP that’s ready to hit the range.  Eric says the gun was a novelty.  He wanted to do it just to prove that he could.  So after hand fitting, he got his proof of concept buy throwing it in a vise and firing a couple rounds.  When it worked, they picked it up and started shooting.

We’ve seen what happens when a gun part is milled in a cnc machine, a block of some metal goes in and a bit shaves away the excess until you have what you’re looking for.  I asked how 3D printing steel was different.  Eric told me to imagine the shavings left on the ground by the cnc and reduce them to the smallest dust I can think of.  That’s where it starts, with steel dust.  The printer reads the blueprint and lays down lines of dust in a layer thinner than a human hair, perfectly centered on the required areas.  Then the machine follows up with a second layer and a laser “welds” it to the first.  From there they “grow” the part they need as one solid piece of steel.  They’ve literally built an icon from dust!

This brought questions to mind about safety.  How could they know a printed barrel would stand up the pressures of a discharged round.  The answer; they didn’t, not really.  In theory they knew it would be fine but in practice they wanted to test the gun to be sure it was safe.  I asked how the printed barrel compared to a traditional turned barrel when it came to pressure testing.  I was told they haven’t come up with a way to truly test pressure tolerances on the printed barrel yet.  However, this tech is currently used to make fuel injectors for airplanes.  If it can handle those pressures a 45 ACP round should be no problem.  Even still Eric is considering blocking a barrel and forcing a failure just to study it and learn more about the safety of such a product.  Regardless, he is sure it can take anything a normal 1911 45 can and keep right on rocking.

I asked about what this all meant for the future of the business and firearms in general.  The thoughts are that costs will come down as the tech expands and usage becomes more common.  There are ideas of expanding to titanium 3D printing in the near future and there will certainly be more firearms offered up down the road by Solid Concepts.

Lastly, I asked for a non tech guy give me an example of what can be done with your 3D printing that can’t be done with contemporary methods?  Eric laughed and told me I could quote him or bleep him.  He said in one of the barrels inside one of the grooves of the rifling he wrote “I was 3D printed, Bitch!” just because he could.  Sounds like he was channeling Jessy Pinkman, but try that with any other method.  I must say it’s astonishing, the sky is the limit. We have seen the future and it is a century old gun made from dust.