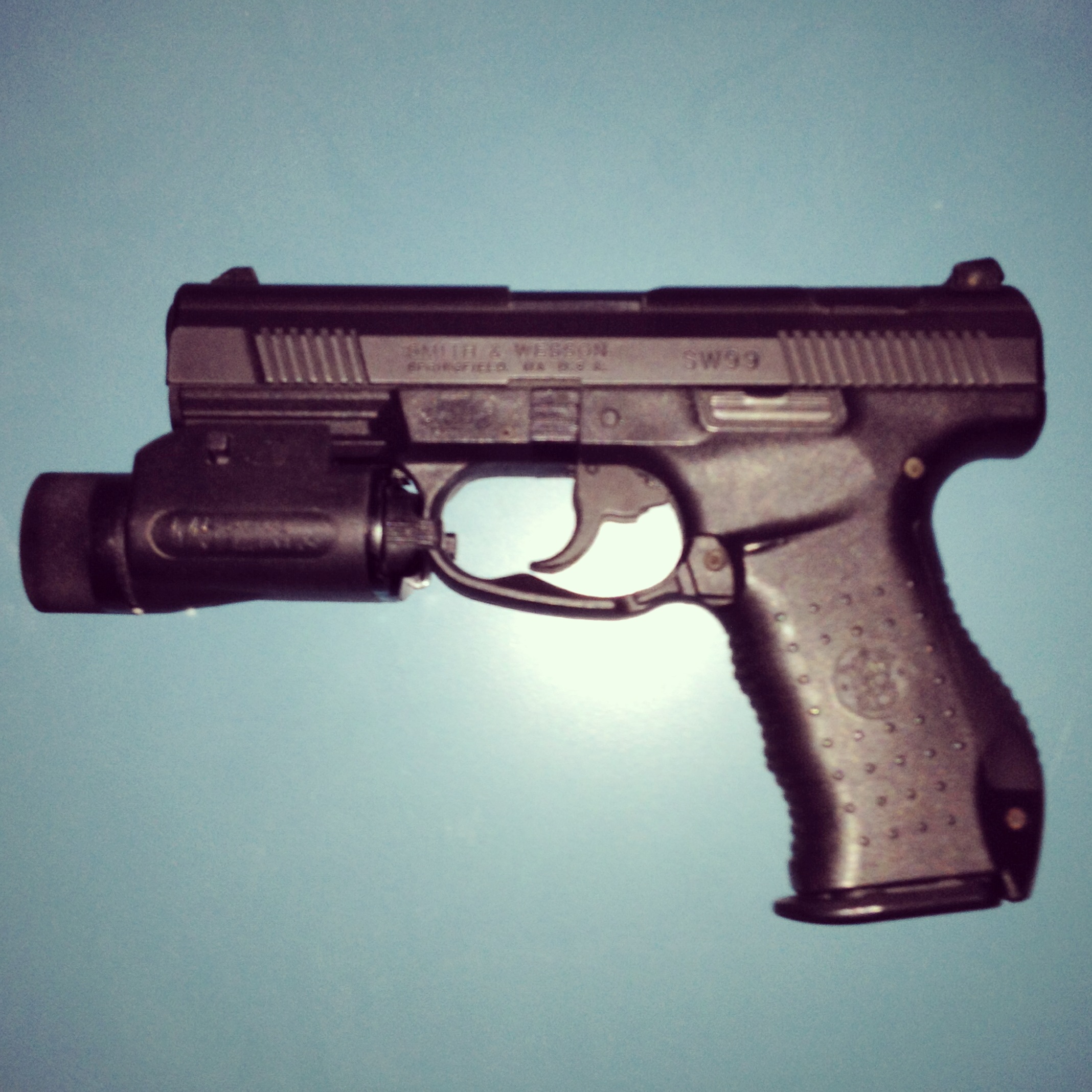 The SW99 I own is from the first generation of this weapon line (considering both the SW99 and Walther P99). When the Walther P99 was introduced, Walther was under contract to import their firearms through Smith&Wesson. During this agreement, the SW99 was born. The SW99 was exactly the same weapon as the P99 with the exception of a rounded trigger guard, a S&W name stamp and a price tag that was $100 lower than the Walther variant.
The SW99 was my first foray into the realm of .40 caliber. The stats on that new caliber were impressive to say the least and the SW99 became my CCW for quite a while. The weapon in it’s time was very innovative. It was the first I’ve owned with an accessory rail. It was the first weapon I’d seen with an interchangeable backstrap allowing the shooter to fit the gun to the hand better. This allowed me to carry a double stacked magazine for the first time.  The gun was polymer and striker fired and thus quite light in comparison to competitors. There was an indicator for both loaded chamber and striker position. The SW99 had a decocker built into the slide. Finally, there were several trigger options available. My SW99 has the AS (Anti-Stress) trigger. The AS trigger allows DA or SA fire with a 3rd option of a long SA pull that is easily stageable.
Overall, the Walther influence marked a vast improvement in the S&W pistol manufacturing. Before the SW99, there was only 1911 clones and the Sigma line. After the SW99 came a far higher quality pistol line and eventually the M&P line. The SW99 is a cool bookmark in S&W history.