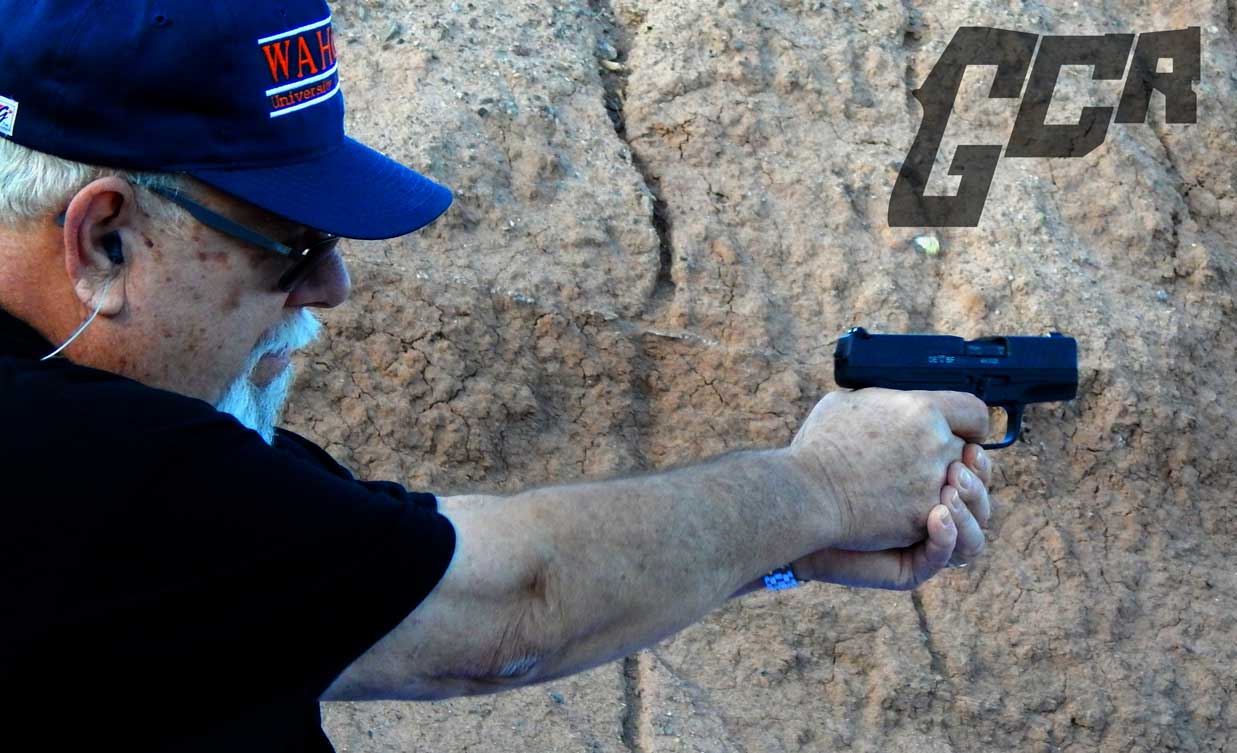 Last year at Shotshow Walther had several pistol offerings to test fire on the range including the 9mm PPS, 9mm CCP and 9mm PPQ. I shot all of them and felt that they were all good guns. The PPQ shot wonderfully with a quick trigger reset and very comfortable grip. The CCP felt great in my hand shot well. The PPS looked awkward but shot well and was exceptionally concealable. In truth, I find all of these weapons to look a little bit ugly, mostly in the contour of the grip and in the case of the PPS the very flat profile. The aesthetic is something I can get past because of how well these guns fit in the hand and the pleasure of shooting them.

This year, Walther returned with two new versions of guns listed above.

The PPS got a major makeover as the PPS M2. The new version is far more pleasing to the eye having lost the extreme flat lines of the original.

The M2 feels really good in the hand despite it’s very compact size. The magazine marries to the grip lending just the right amount of length. When I first approached the firing line I saw someone shooting the PPS M2 and seeming to have issues with feed reliability. I watched others shoot the pistol without issues and I then stepped up to fire it a little faster than I might have otherwise, just to see if faster fire would create a problem. I could not recreate any negative outcome. As such, I believe what I saw was a limp wristing issue. In my mind, such a small pistol may require a strong hold to operate without issues. I can’t be sure but all evidence points to operator error. I wouldn’t hesitate to take more time with it and I could see a purchase without much coaxing.

The PPQ has also made waves this year. This model has provided the first ever Walther offering in 45 ACP.  While ballistics of modern ammunition may show the 9mm to be the superior round there are still plenty of us out there that love the old standard 45. The thing that makes this offering a big hit in my mind is the grip.

While the PPQ houses a double stacked magazine the grip is still very manageable even in smaller hands like mine. The PPQ is a nice offering in a reasonably priced, double stack, comfortably carried and shot 45. I think the weapon should sell well.