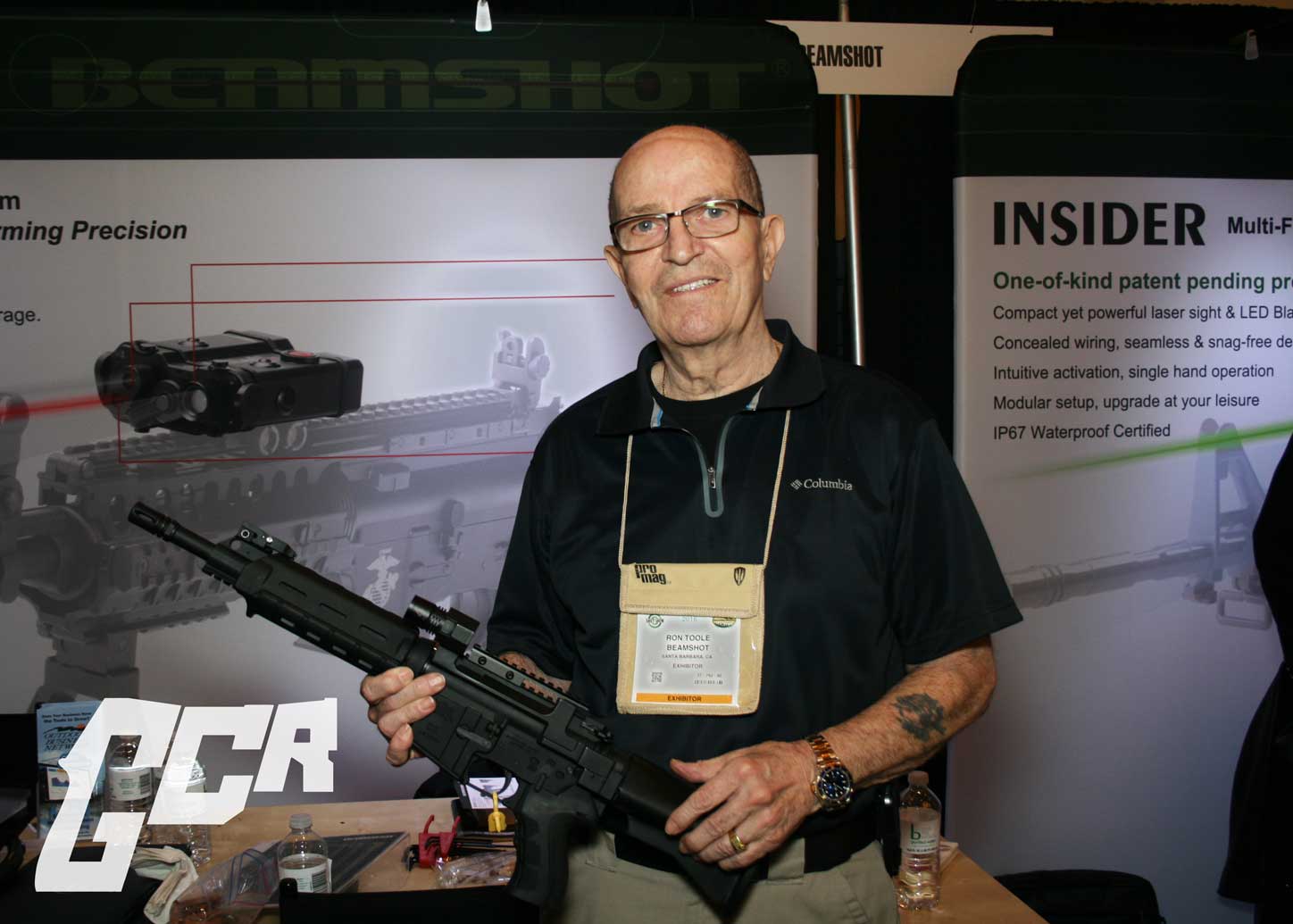 When visiting SHOTshow one of the first stops for most is the new product center. The new product center is a concentrated collection of the years newest and most innovative products. It’s the fastest route to the hottest new stories. On my walk through I noticed a new product from Beamshot called the Insider.

The Beamshot Insider is a multifunction laser and lighting system for AR and AK platforms. Simply put the Insider allows for a rail mounted visible laser sight in red or green atop white or IR lighting or IR laser and light combination. Most interesting of all, the system is activated by a instinctive activation button built into the grip below the trigger guard. I am sure there are many surprising and innovate features to the system and its integration to the popular rifle platforms. Features such as a multitude of settings, including momentary on, constant on, strobe, and dimmer with ambi controls. On top of the rest, the system is built to allow the rifle to be broken down for cleaning without the removal of the Insider.

That’s all very interesting and maybe I will discuss a review with Beamshot in the near future but at the time there was only on thought in mind; ‘I thought Crimson Trace had that type of activation locked down?’ So, how is Beamshot able to do this?

When I came to Beamshot’s booth I had to ask that question. That’s when I met the real ‘insider’ for whom I titled this article; Ron Toole.

Mr. Toole is quite the interesting businessman and the mind behind the Beamshot Insider. When I asked him how Beamshot could make something like this he gave me quite a bit of information. First, the system is built onto and for a rifle and not a pistol. It seems the patent used by Crimson Trace was for use with pistols.   The design is no longer protected in any case because the patent is now expired. Then the real bombshell hit when Ron began to discuss his memories of the original design process of the Crimson Trace laser grips.

That’s right Ron Toole was one of the co-founders of Crimson Trace corp. He was there in the beginning and part of the design team. While the patent was owned by the company, he certainly isn’t doing anything shady. I would say he has every right, not just legally but morally to any variant of the design he worked on so long ago. That’s why I am saying Beamshot’s real ‘insider’ is Mr Toole. In a very competitive market they have a serious ringer in house. With his experience and innovative mind I expect to see some really interesting products hitting the market under the Beamshot name. Further, now that the Crimson Trace patent is expired we may be coming into a serious period of competition that will put a smile on the face of every budget minded gun lover.