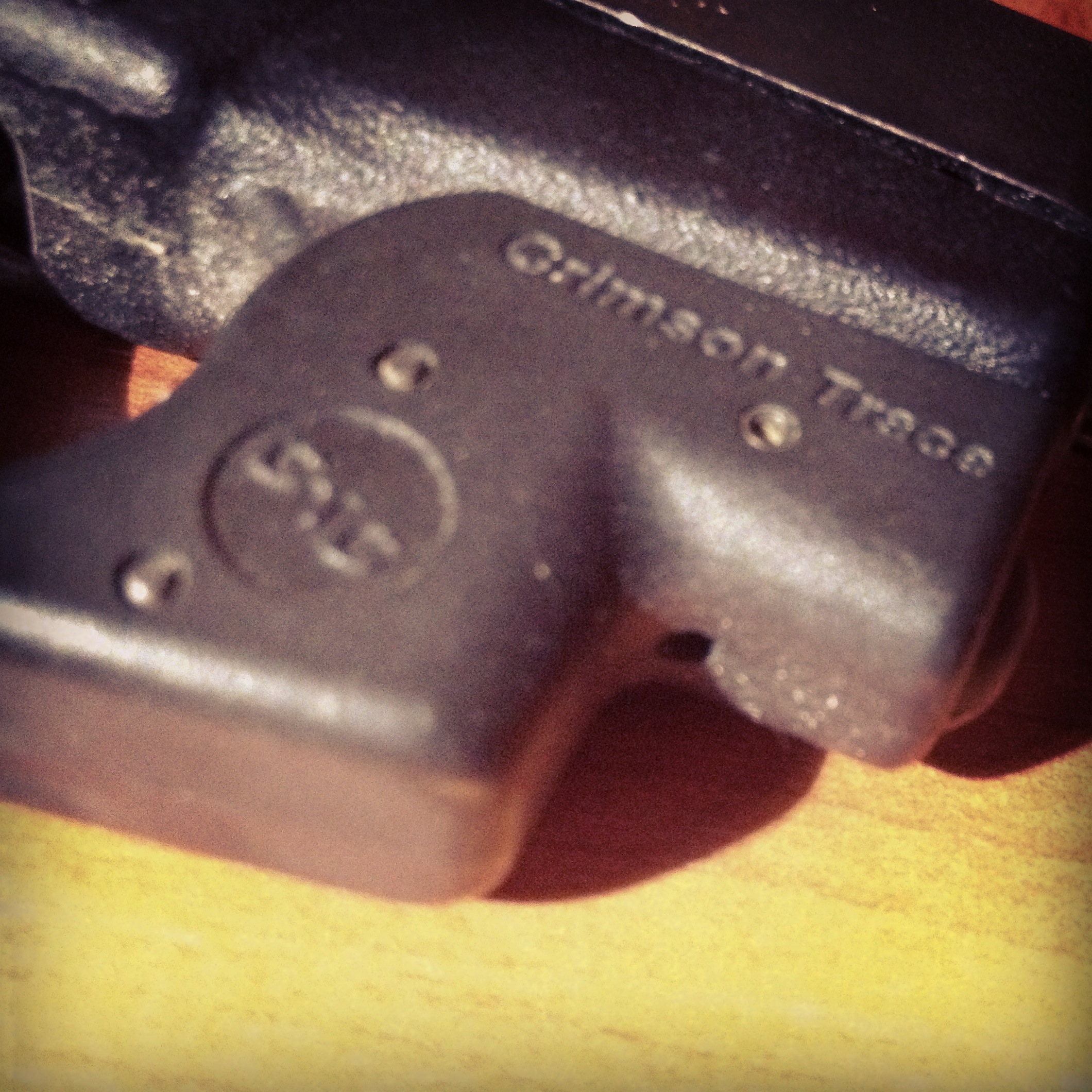 This is the first laser I ever purchased.  It is well used and at the time of this review probably not powered by the freshest batteries.  I decided to buy this laser when I picked up the KelTec P3AT as a backup weapon.  The KelTec’s sights are rudimentary at best and I thought it a good idea to get a leg up for low light situations.  As it turned out, I shot pretty well with those tiny sights but I never regretted picking up the Crimson Trace.

The Crimson Trace Laserguard is the product everyone thinks about when they picture that company. It’s the flagship of the Crimson Trace line (at least in sales).  While the Laserguard has the same  common fault as most lasers, lights and accessories it also has a great leg up on the competition. That common fault being the bulk added to the gun causing difficulty with holster selection. Crimson Trace has been selling this product for a long time now so there is more holster availability for this product that just about any other firearm accessory on the market.

The big leg up on the competition isn’t to be found at the business end of the laser; it’s the instinctual activation switch that mounts just below the trigger guard.  While pressure switches aren’t a new item, Crimson Trace has a patent on the placement and integration of the switch.  The placement of the pressure switch naturally activates the laser when a proper grip is applied to the weapon.  There is no thought involved. You just pick up the weapon and see your aim point in red.

The downside for my model and taste is the red laser.  While we are all very familiar with red lasers, clearly green is superior in brightness. While you have no chance of seeing your laser on target during the day with a red laser, green lasers are visible in all but direct sun.  The reason is the visible spectrum, red is on the outside of the spectrum while green is near the center, thus green is more easily seen by the human eye.

So I’ve sung the praises of this laser only to tell you buy a green laser instead? Nope, Crimson Trace is starting to produce the Laserguard with green lasers.  If you are considering the Laserguard, and have no reservations on holster choice, start shopping because the model you need may already be available in green.