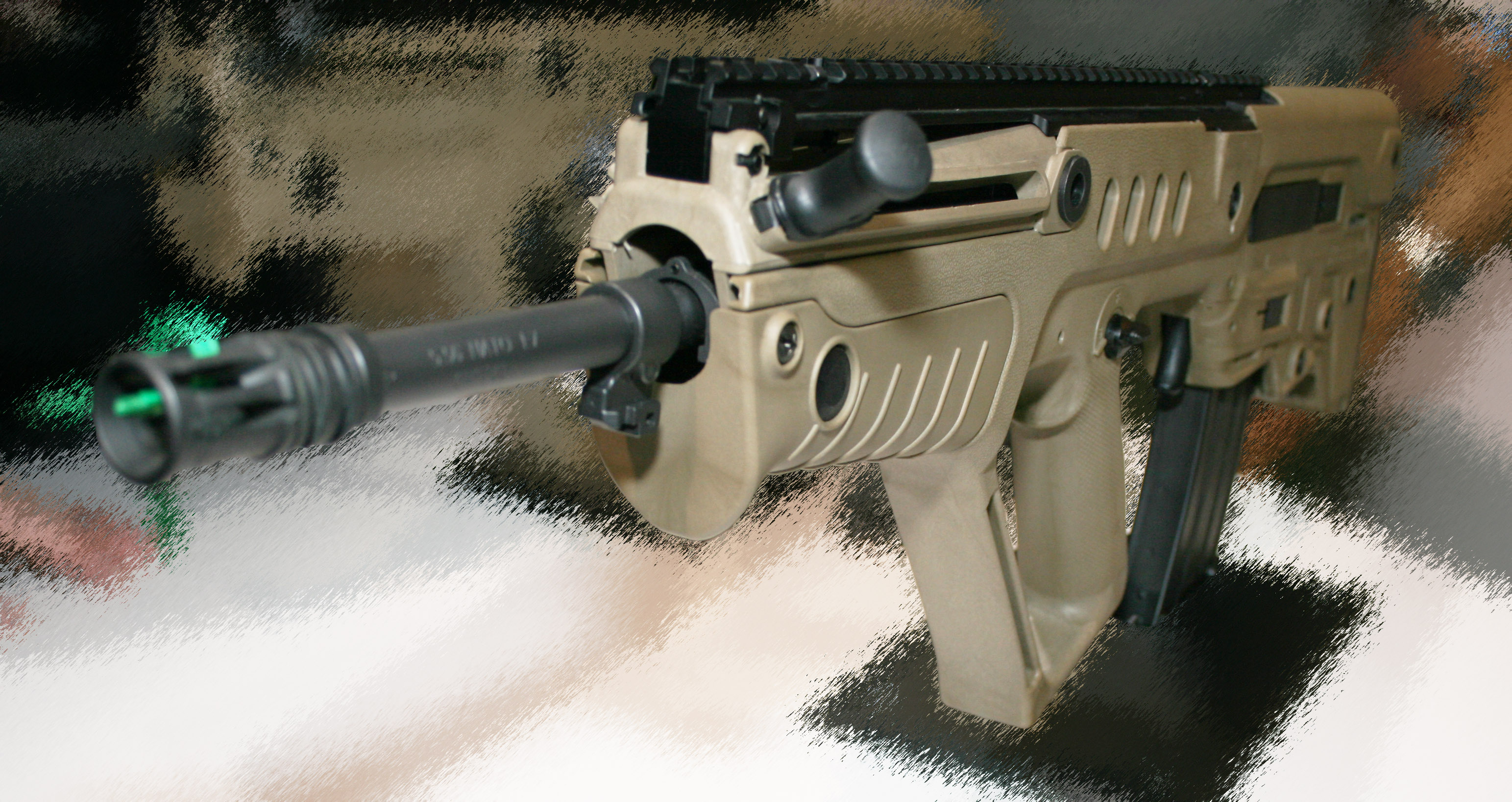 It was with some serious interest that I stepped to the firing line at the IWI tent at SHOTShow Range Day. They were demonstrating several items but I had tunnel vision for the Tavor 5.56.

For those that don’t know the Tavor is a bullpup rifle that shares the same ammo and magazines with the standard AR15/M16/M4 per the information provided by IWI. If you don’t know what a bullpup design is I can give you a quick walk through as it is pertinent to the discussion.

The bullpup design is an ingenious idea that recognizes the stock of a rifle is simply wasted space. The idea is why have a stock at all, instead move the action up against the shoulder with an added butt formed by a new body encasing the rifle. The magazine is loaded very near the body. The spent brass is usually launched out the right side of gun near the area your face takes up on the opposing side. That leaves the controls, trigger, safety etc. All of that stuff gets moved forward with a new forward hand grip. The result is everything you need and nothing you don’t. The weapon still has the same effectiveness and accuracy (same barrel length) in an overall shorter and lighter package.

So what’s not to like? (Here comes the controversy.) Remember how I said all the controls are moved forward? Well inside the gun the action is relatively unchanged except now in order of the trigger to operate the mechanism it once was mounted under it now needs several inches of some sort of linkage to reach. This is the top complaint I here about bullpups; the trigger is bad or its mushy or its crunchy etc.

So when I got my hands on the Tavor I wasn’t thinking front sight I was thinking how’s the trigger? Well, I’m no sniper and I wouldn’t say I am a regular rifle shooter but in my opinion the Tavor trigger was just fine. I didn’t notice any rough, mushy or hesitant trigger action. What I did notice was a very well made machine that was comfortable, and fun to shoot. The IWI Tavor is a 223/556 I would add to the closet anytime and certainly will the day after the LOTTO comes through for me. I’m not saying it’s overpriced just that I can’t have all the weapons I want so this will have to wait a while.

What I can say is this was not the only bullpup in this caliber I shot that day and while the other is likely less expensive it will go nameless because it was certainly cheap. The Tavor was solid and pleasant the other one was clunky and when it fired you could feel and here a spring near your ear bouncing back with the recoil. It illustrated the difference in those weapons for me. I choose the Tavor.