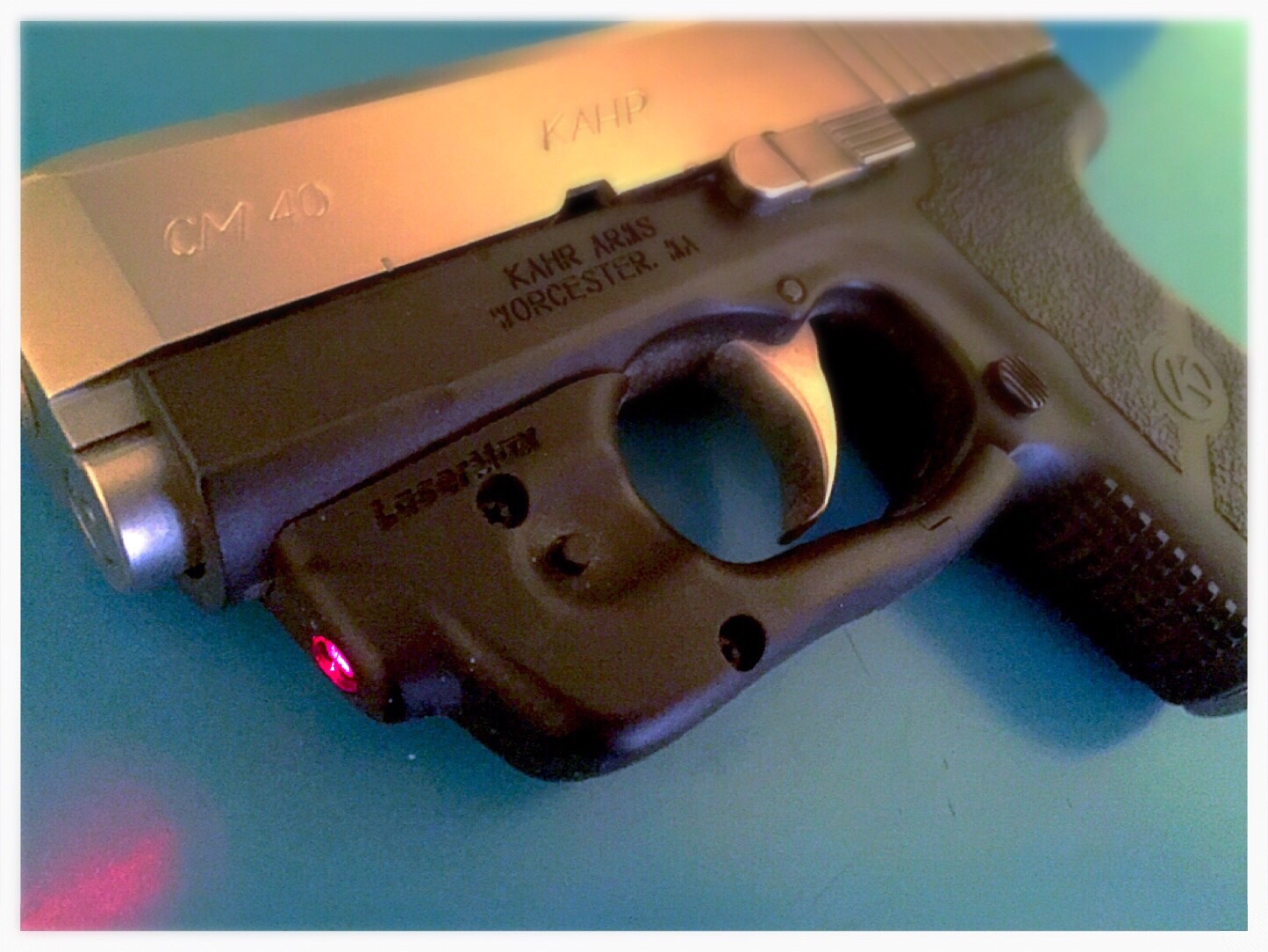 Last year when I was receiving several laser sights for testing LaserMax mailed a package containing two sights; the Genesis rechargeable green laser and the Centerfire red laser. I went to work on these and as you’ve seen I wrote a recommendation on the Genesis, having liked it quite a bit. But what about the Centerfire? No review article was posted. The reason; I couldn’t recommend the product. As the Centerfire existed at the time it had a push through activation switch. Such a switch once turned on must be physically turned off. Further the length of the switch and contour of the body meant while riding in the pocket it was possible to accidentally activate the laser. So when I got it to the range a few days later the batteries were already dead.

In January while I was at ShotShow I spoke with the LaserMax crew about the ups and downs of my testing. I was quickly shown that LaserMax heard the concerns and redesigned the Centerfire. The new version is fantastic.

The Centerfire is gun specific and rides the frame like it was born there. The laser is designed for pocket sized pistols for the most part and with the redesign its at home in the pocket as well. So what was changed? It’s all about the activation switch. The activation is still ambidextrous but it’s now a multifunction push button switch. The new switch no longer needs to sit as far off the body of the laser so it’s less likely to be hit by accident.

If it does get inadvertently activated it now has a built in timer that for auto shut off at 10 minutes. So I don’t have to worry about showing up at the range again with a dead laser. Another great addition was the option of a pulse setting. Remember that multifunction switch I mentioned? If you hold it down for a moment you switch settings between constant on laser or pulse laser setting to further save battery life. What a massive set of improvements.

So how did the laser function? I mounted it on my Kahr CM40 in just minutes. At that point I adjusted the point of aim to match my iron sight by aiming at a ceiling corner across a long room for a rough sight in. Then I was off to the range where I was happy to see I was dead on with no further adjustment needed.

The laser held zero perfectly while shooting despite the recoil of the 40 caliber S&W cartridge in such a small package as the CM40. All in all the new Centerfire is all I could ask for at a bargain price when compared to the competition. Talk about bang for your buck.

I think every company can make a mistake from time to time. How the company reacts to that mistake says more than the original event. In this can whether there was an actual mistake made is arguable but the response to concerns and the upgrades made are fantastic. Nice going LaserMax!

If you want to buy a Centerfire and worry about getting the older model, don’t  I was told by LaserMax that the old models are just about gone from the storage and if somehow you got one, just call up LaserMax and they will swap it out for the new model.