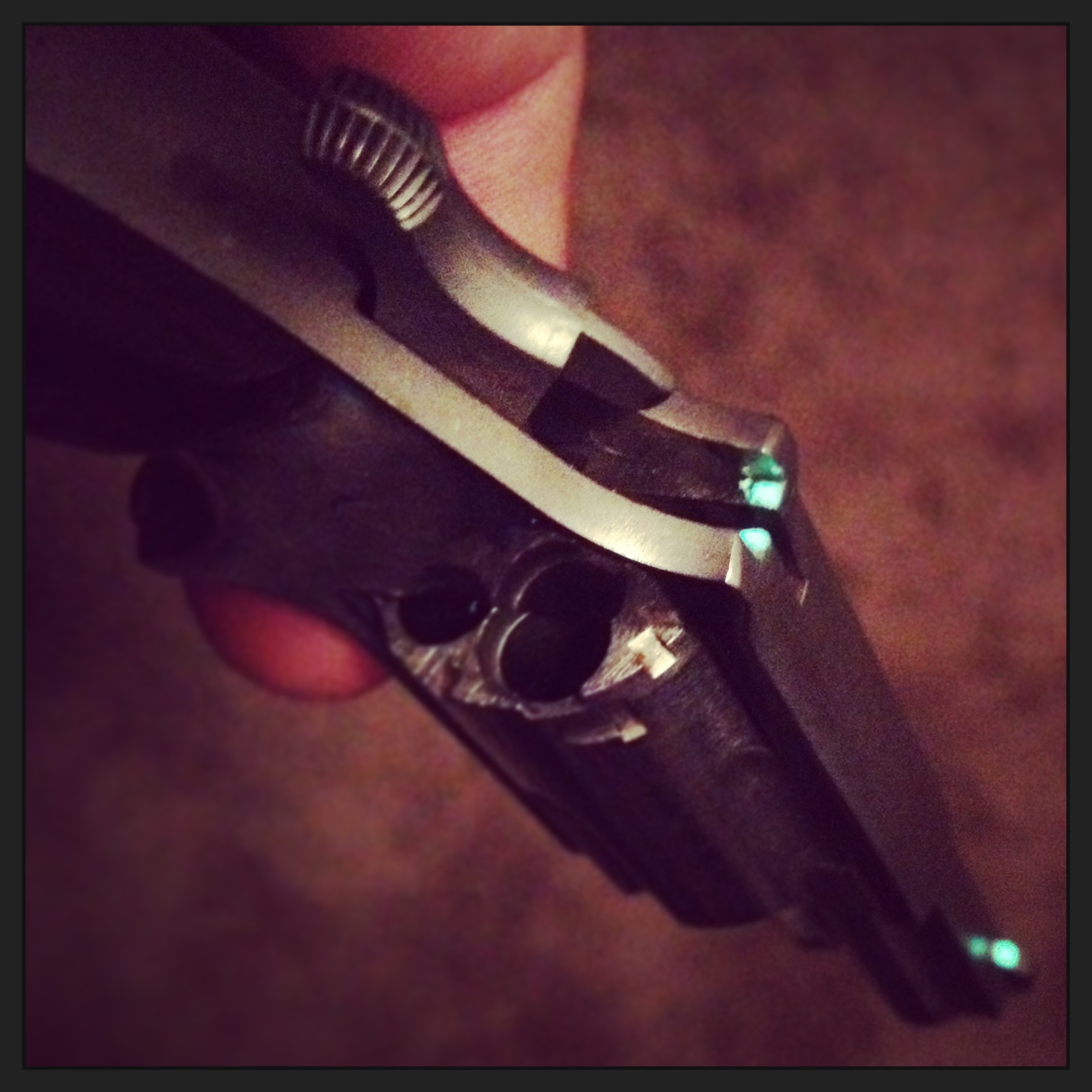 Believe it or not this was the first handgun I ever purchased. My father and I ordered a pair of them in a little shop in Ruckersville Va. Having always been a fan of the 22 WMR we chose to buy the magnum version with the 1 5/8″ bbl. For those not in the know that was the long barrel version at the time. This little revolver holds 5 rounds and is small enough to be worn realistically on a belt buckle. Roughly, taking the same amount of space as a derringer in the pocket it gives you 3 extra shots and still weighs less.
The MiniMag is a single action revolver with a spur trigger and very rudimentary sights. The front sight being a semicircle of steel and the real nothing more than a groove in the top of the frame. Due to the small size reloading is a bit tricky, requiring complete removal of the cylinder. While there is not traditional safety on the weapon care was given to preventing accidental discharge. The spur trigger is extremely heavy and the cylinder is notched between the chambers to give a safe rest for the hammer and keep it out of reach of any live rounds.
I am quite fond of this little powerhouse. I have described it to my wife as holding a fireball in your hand. While the barrel is quite small and the spur trigger heavy the gun is still plenty accurate under the right circumstances. I’ve heard it called a belly gun by most, meaning it’s only good for point blank range. I’ve found that label to be pure slander. In fact I often recommend it as a training weapon to learn trigger control. Having experimented with multiple ammunitions I’ve found Winchester Super X 22WMR to be the most accurate choice for the weapon. Using this ammunition and proper trigger control I can keep all 5 rounds on a standard 25 yard slow fire pistol target. That’s pretty good for something this tiny having not had any sort of work done.
I find the gun to be a lot of fun. I would recommend it to anyone for a few reasons. Lastly, it is of course one of the most concealable firearms ever made. My only regret is not buying the 22LR cylinder with the original purchase.