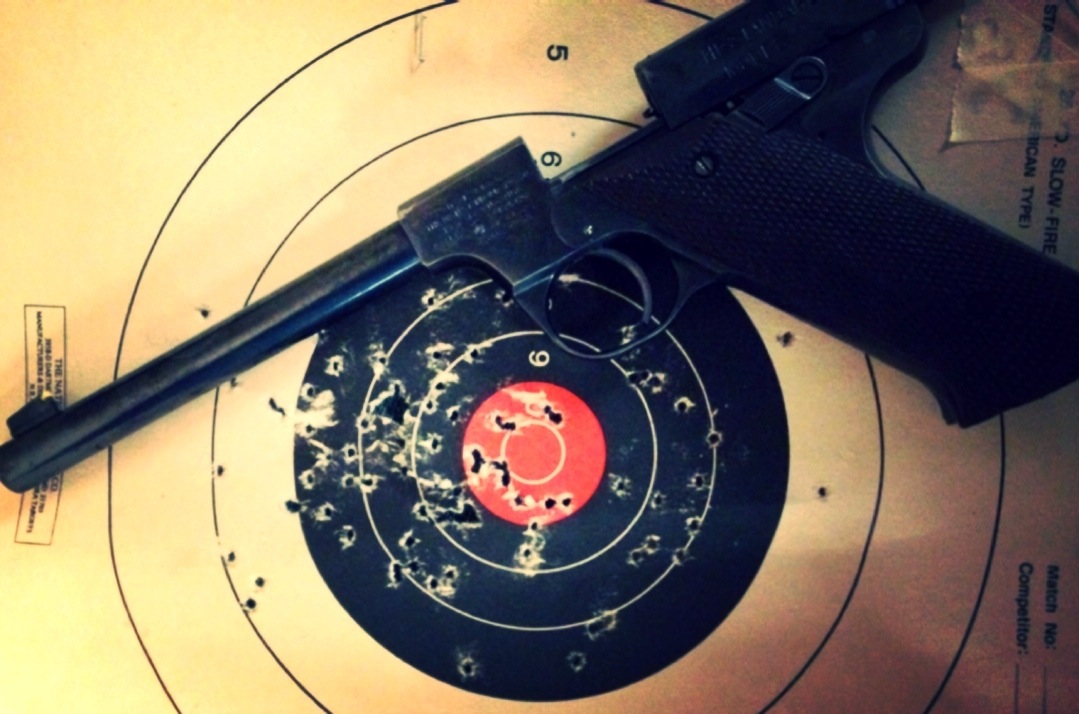 High Standard is a company with a rich history of some of the best production accuracy ever available. For this reason, the U.S. Military issued many of these 22LR pistols to pilots as a survival gun to use for hunting and defense in the case of a crash landing. One of the early models that earned that reputation was the Model A.
The Model A is a 22LR pistol similar in looks to a Luger with checkered walnut grips over an extended slant style grip and an adjustable sight. It was introduced in 1938 with approximately 7,300 made during the model’s manufacture.  It was available with either a 4.50″ or a 6.75″ light round barrel (pencil barrel).
The Model A I own was built in 1939 and still shoots very well today. Like other quality target pistols it is an absolute joy to shoot. The Model A was designed with a single button release for disassembly and cleaning needs. It is far easier to clean than any other target gun I’ve seen.
WARNING: FIREARMS FROM THIS ERA WERE NOT MADE TO SHOOT TODAY’S HIGH AMMUNITION PRESSURES. IN THIS CASE STANDARD VELOCITY 22LR IS REQUIRED. FAILURE TO DO SO COULD LEAD TO DAMAGE.