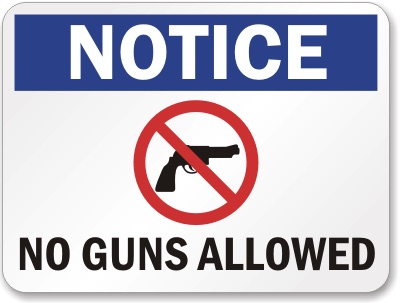 Radio report this morning stated gun sales in Virginia fell 15% in 2014. Per a local newspaper reporter this is because there haven’t been any sensationalized shootings and no knee jerk calls for gun control.

So nobody noticed the U.S. President signed the U.N. arms treaty? Or am I to believe this isn’t a threat to gun ownership?

The January 2014 Norfolk Naval Base shooting wasn’t blown out of proportion with its false allegations of AR15 involvement?

What about the other “mass shooting” 276 stories sprinkled about the country? The fact that shootings with 2, 3 and 4 victims are counted as “mass” shootings demonstrates the sensationalizing of such occurrences.

Back to the “no knee jerk calls for gun control.” Moms Demand Action has mounted campaigns against Kroger, Facebook, Staples, Starbucks, Chipotle, Panera, Sonic, Target and Jack in the Box and most caved to the pressure.

How about the election of a rabidly anti-gun democrat to the gubernatorial office in Richmond?

Let’s not forget Obama’s vow to use his pen and phone to bring the power of his office against gun ownership.

The 15% drop in gun purchases likely had more to do with the enormous rise in purchases over the previous years and a lessening of that bubble. I would argue a crap economy doesn’t help either since firearms are costly. Perhaps this reporter should consider the disproportionate effect of federal cut backs on the Va economy.

Don’t try to tell me gun ownership isn’t currently more threatened than ever before. Wake up America! Before it’s too late.