The CLAW sight from Rob Pincus 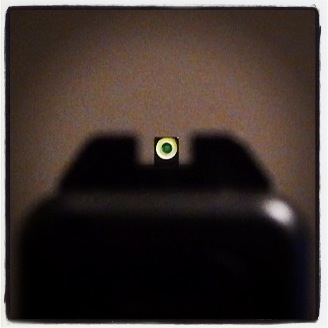 The Claw Sight from Rob Pincus and ICEstore.us

If you’re tapped into the shooting world at all you are probably familiar with the name Rob Pincus.  He provides a great deal of information to the shooting public in the form of media and classes on combat and defensive firearm usage.  Rob recently partnered with Ameriglo to design and market his own combat handgun sights.  They are called CLAW sights and they are superb.  The name comes from the concavity designed into the forward edge of the rear sight blade.

This “claw” built into the back sight allows the gun to be manipulated with a single hand, providing an alternative way to operate the slide for reloading and clearing the weapon in situations where a second hand may be incapacitated.  Thus, it builds in some emergency planning on a tool none of us will be using outside of the chaos of absolute emergency.  This is the main function of the CLAW sights but in testing they proved to be much more.

First, as a combat sight Rob designed the CLAW with a wide rear sight opening that allows for quicker target acquisition by simply allowing you to see more of what’s going on downrange.  From a bullseye point of view this may take some getting used to but the sight is not designed for that type of competition.  It’s made for real world application.

We were provided with 2 sets of CLAW sights of differing styles and for different makes of handgun.  The one we discussed during the giveaway was the I.C.E. CLAW™ EMS Rear Sight with ProGlo Tritium Front Sight for Glock pistols.  This particular sight provides a front sight embedded with tritium making it a true “night sight”, combined with a light reactive glow ring surrounding the center mounted capsule.

The light reactive glow ring brightens the front sight considerably.  This brightness in combination with the all flat black surface of the rear blade causes the eye to naturally focus on the front sight.  This rather ingenious effect is what I refer to a “forced fundamentals”.  Rob’s sights are simply making you do what you should be practicing and promoting a better shooting habit.

The second type of CLAW sight was sent for my subcompact Springfield Armory XD.  This sight did not have the tritium insert.  Instead the majority of the front post was covered by a light reactive square called a “LumiSquare”.

I have to tell you, I liked it even better. The contrast provided by that sight is the reason I called it “forced fundamentals”.  The eye leaps to the front sight.  You can’t help yourself.  The idea itself is awesome.  The reason this sight wasn’t covered during the giveaway, it’s not currently available. The manufacturer changed the process on this sight a few times and Rob stated the quality wasn’t to his satisfaction.  So they are temporarily discontinued.  Once a more reliable product is proven the sight will be brought back to market. Rob stated –

“It is unfortunate that the previous versions of Lumisquare have had spotty quality… the good news is that Ameriglo has replaced any problem sight immediately and is now working to solve the problem once and for all.”

In the end, I like the Lumisquare and once the issues are resolved I think it may be the best combat sight solution out there.  Once they are back I recommend this upgrade for every gun you can fit it on. ICEstore.us