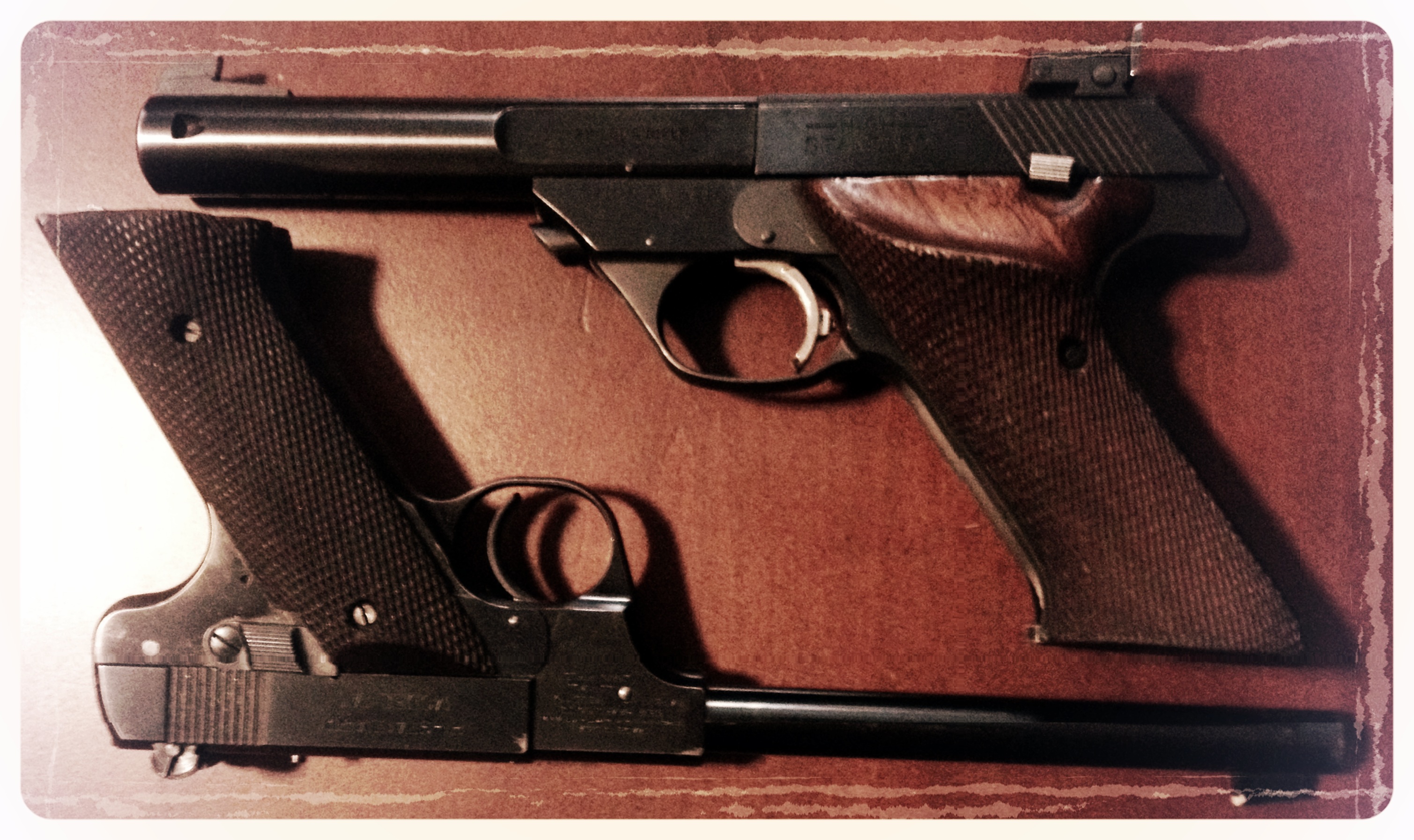 High Standard is a company with a rich history of some of the best production accuracy ever available. For this reason, the U.S. Military issued many of these 22LR pistols to pilots as a survival gun to use for hunting and defense in the case of a crash landing. The company made many different models through the years with the Supermatic Citation and the Victor being considered amongst to most accurate. The Citation models came with an easily removable bull barrel of varying length with optional barrel weights, target grip, adjustable sights and trigger pull adjustment screw. Originally the weapon came with what is called a “Slant” grip design that makes the gun feel like an extension of your pointing finger. Later, the “Military” grip style came into popularity giving people a training weapon with the angle and feel of a 1911 grip.  Due to the overwhelming popularity of the military grip design far more were made with this configuration making the slant grip slightly more rare.
I used to go to the range weekly with a Master Sergeant who was annually ranked number one in the nation for the Army reserves slow fire pistol championship. His choice of weapon in the 22 caliber class was a High Standard Victor or a backup Citation model.
This is a gun that is capable of more than it’s owner. Simply put a steady hand should be able to drill the bull with every shot at 25 yards. If your hand isn’t that steady the weight of this all steel classic will dampen Your shake a little and help you to the target. With the proper adjustment the trigger pull is beyond a hair trigger and you will send it down range with a mere touch each time. It’s a dream to shoot and easier to disassemble for cleaning than most of the “modern” alternatives.
Sadly, not all High Standards are made the same. The original home of these highly accurate weapons was Hamden CT.  That factory burned to the ground in the mid 1970’s and High Standard pistols were never the same quality after that point. Thus, when shopping for this gun you will want to avoid the E. Hartford models. While gun blue books value these guns in excellent condition at $550-600 they fail to consider the manufacturing location. If you find a Hamden model in excellent condition expect to pay between $800-1000 from a collector in the know.