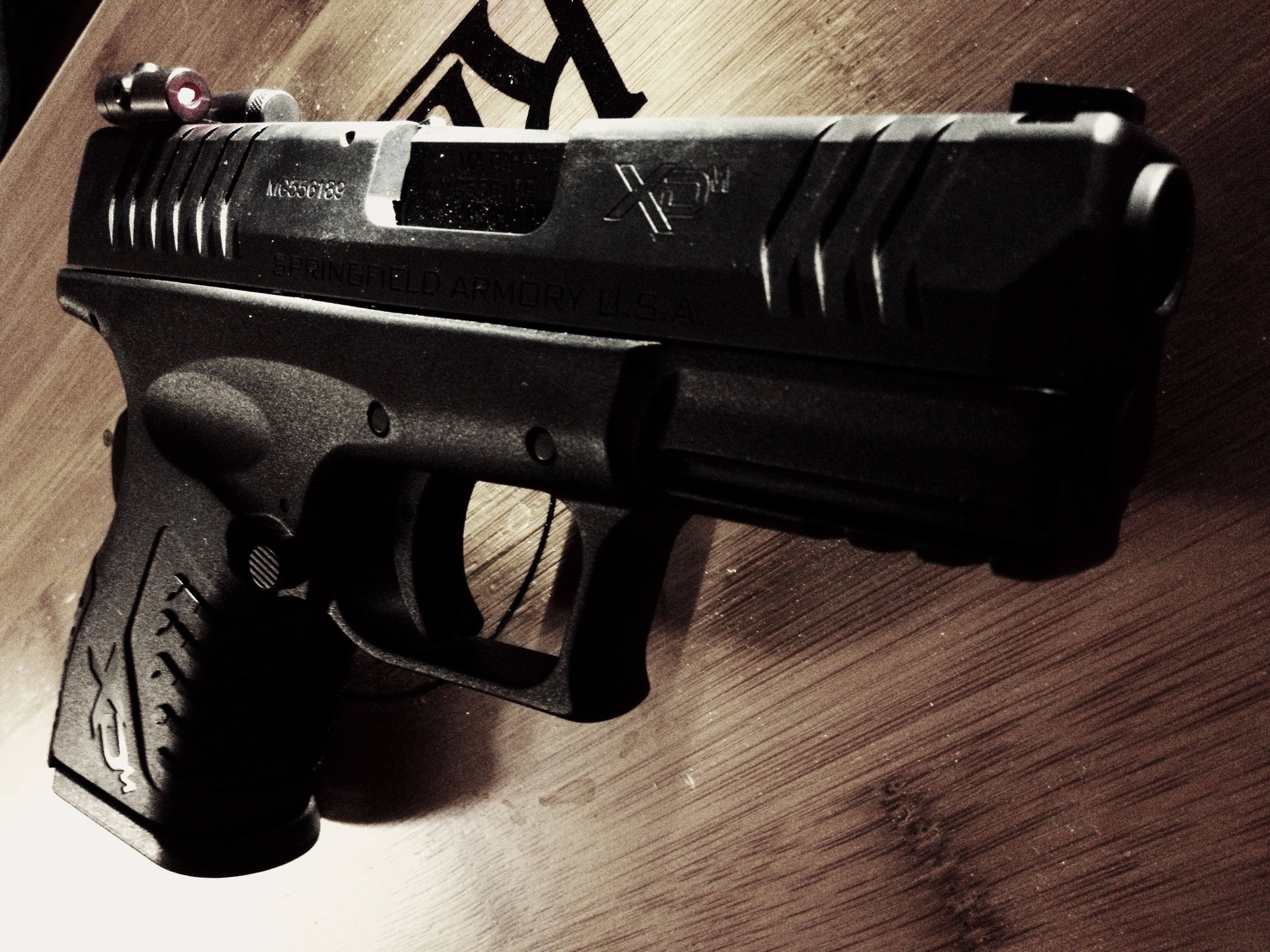 This is product I have been interested in testing for some time now.  The rear sight laser is a simple yet brilliant concept.  The laser system is made to simply replace the existing iron back sight of your Glock or Springfield (XD, XDM or XDS) by sliding into the existing dovetail and being anchored with a center screw that’s preloaded with locktite.  All the tools you need are provided with the system for anyone that is brave enough to tackle a DIY project like this.  I didn’t want to take any chances because I was installing on an XDM which has notoriously tight set sights,  so I quickly ran down to Colonial Shooting Academy and handed the project off to the local gunsmith and walked away with a clean quick job for $15.  The gunsmith boresighted the iron sight but I told him I would sight the laser myself.  In doing so, I found it was necessary to read the instructions.  When sighting the laser you want to set your elevation first and then move on to the windage.  The reason for this is simple, once you tighten the windage down and get the laser pointing the right direction the elevation is no longer free floating.  So if you need to readjust back out your windage and start over with the elevation.

After sighting everything where I wanted it I went to the range and pumped a couple of boxes of 45 ACP downrange.  First I checked the iron Glock style U sight and found it dead on, so I moved on to the laser for the same result.

There was no movement in either the sight itself or the laser setting while at the range.  The laser has a on/off switch on the back of the battery compartment which is easily reached with the thumb of your shooting hand.  The switch gives you a choice of constant on or strobe, which is set by holding the switch down for 5 seconds.

After this is set the laser remains in the chosen mode each time you turn it on.  I prefer constant on but strobe should save battery life.  In a side by side comparison to my crimson trace laserguard I find this laser just as bright (though the pictures show it to be brighter) as each is the same strength laser.  While the laserguard gives a more natural activation it is bulkier, takes up rail space and most of all forces a holster change.  I have written before that a laser is not enough of an asset to me to change from a good holster.  This is because I have trained all my life with iron sights and would only want the laser for dark situations that don’t happen in an instant such as a home defense situation where I would have time for activation.  Most defensive needs happen in a blink of an eye at a range so close that aiming isn’t necessary.  But if your have that feeling and it’s dark the laser can be a lifesaver (yours or even the intruder that sees it and runs off).  I find the LaserLyte Rear Sight Laser system to be a real asset on my carry weapon and I have no need to give up my old Don Hume holster in favor of something that may allow accessories (at an addition cost up to $100).  This one makes far more sense to me.