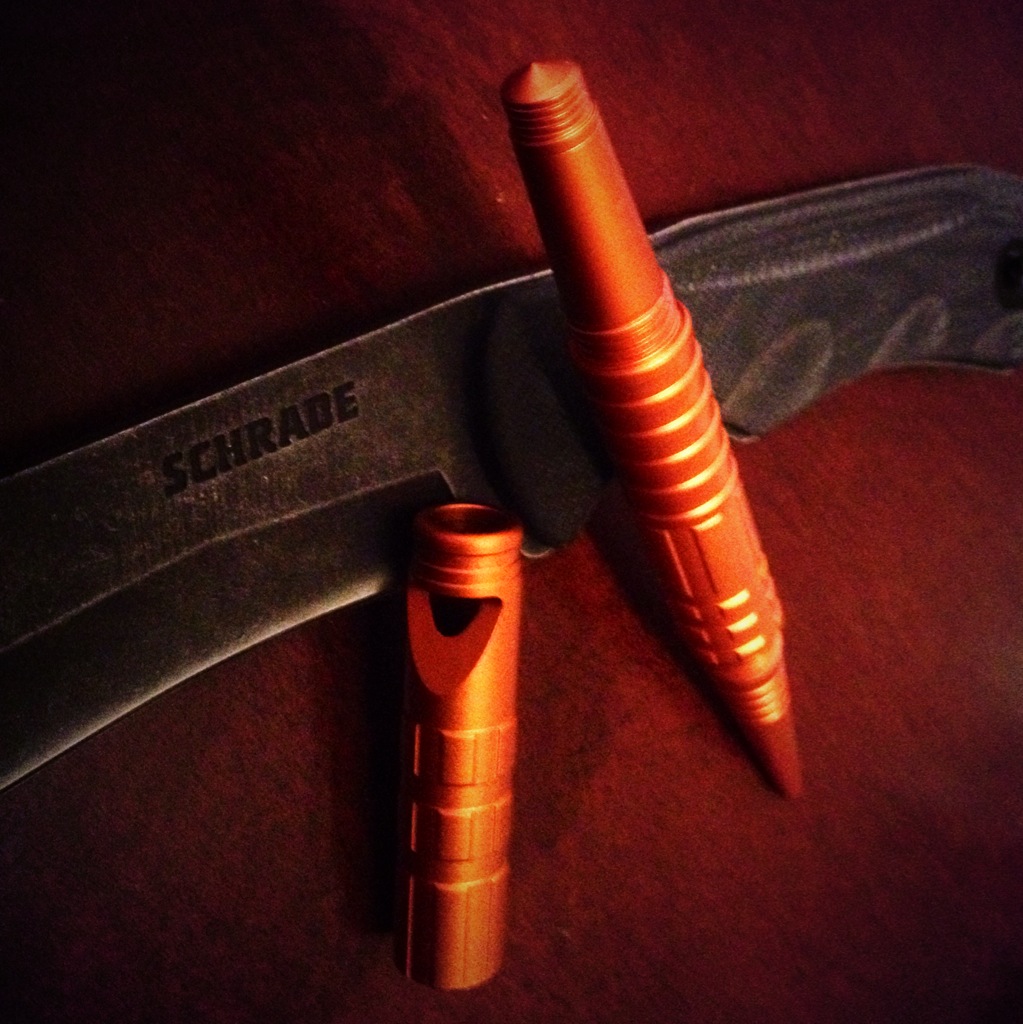 Wow, it’s an orange pen… Actually it’s signal whistle and a defensive weapon and a ferro rod fire starter with striker and a glass breaker and oh yes, a pen. This little gem is actually a pretty brilliant addition to you everyday carry. Yes it’s a ballpoint pen with a replaceable cartridge, but that pen is housed in a double tapered aircraft aluminum body. The pen side would, in the right circumstance, prove to be a powerful piercing point. The back side of the pen is designed as a glass breaker point. When held in a fist, without the cap, the result is aluminum taper emerging from each side. This pen in conjunction with a modified ridgehand punch would be devastating; leading to a fractured skull at the temple or base; or a strong inside block to an opponent’s kick could leave them bleeding out from the femoral artery. In a trained hand a simple double taper is deadly. The cap has a loud and piercing whistle made to get attention when you need it. It would certainly do the job. A counterclockwise twist of the barrel reveals a ferro rod fire starter. A reverse twist of the end cap glass breaker removes the point and reverses to a striker giving you a nice handle on both sides for fire making. You may also notice the cavity that hides the ferro rod has some spare room that you may fill with dryer lint or other combustible to use in a time of need. (I would not use anything treated with petroleum as you may end up staining a shirt pocket.) By the way, the ferro rod is also replaceable should you ever run out. All in all, the SCPEN4O is a winner and has a place in everyone’s pocket. Why not, who doesn’t need a pen?