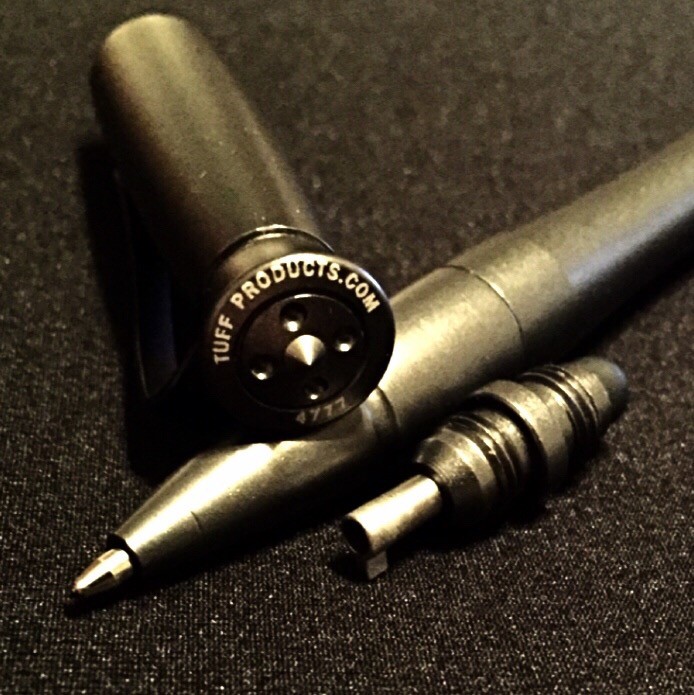 TUFF Products – Products that Protect contacted me recently about new products for 2016 and wanted to send a new Break Out Tactical Pen for me to look at. Honestly, I didn’t think it would be anything that would deserve much attention. But then, TUFF did something that most of these tactical pen companies don’t. They remembered it’s a pen! That’s right one of the big differences for me; it writes like a dream. The smooth flow is thanks to the Parker refills. For once it’s a tool that can be defensive, break glass, unlock handcuffs and actually still be a nice pen for the office and stylus for devices.
In fact, I hear comments of “nice pen” all the time. The Break Out Tactical Pen is low key enough that it fits in anywhere. At the same time its strong enough to be an effective weapon. As for its other functions, the hand cuff key is pretty straight forward, the stylus works quite well and the glass breaker tip put 3/8” glass tile out of commission easily.
I think the Break Out Tactical Pen is a nice addition to the Tuff line up in 2016.