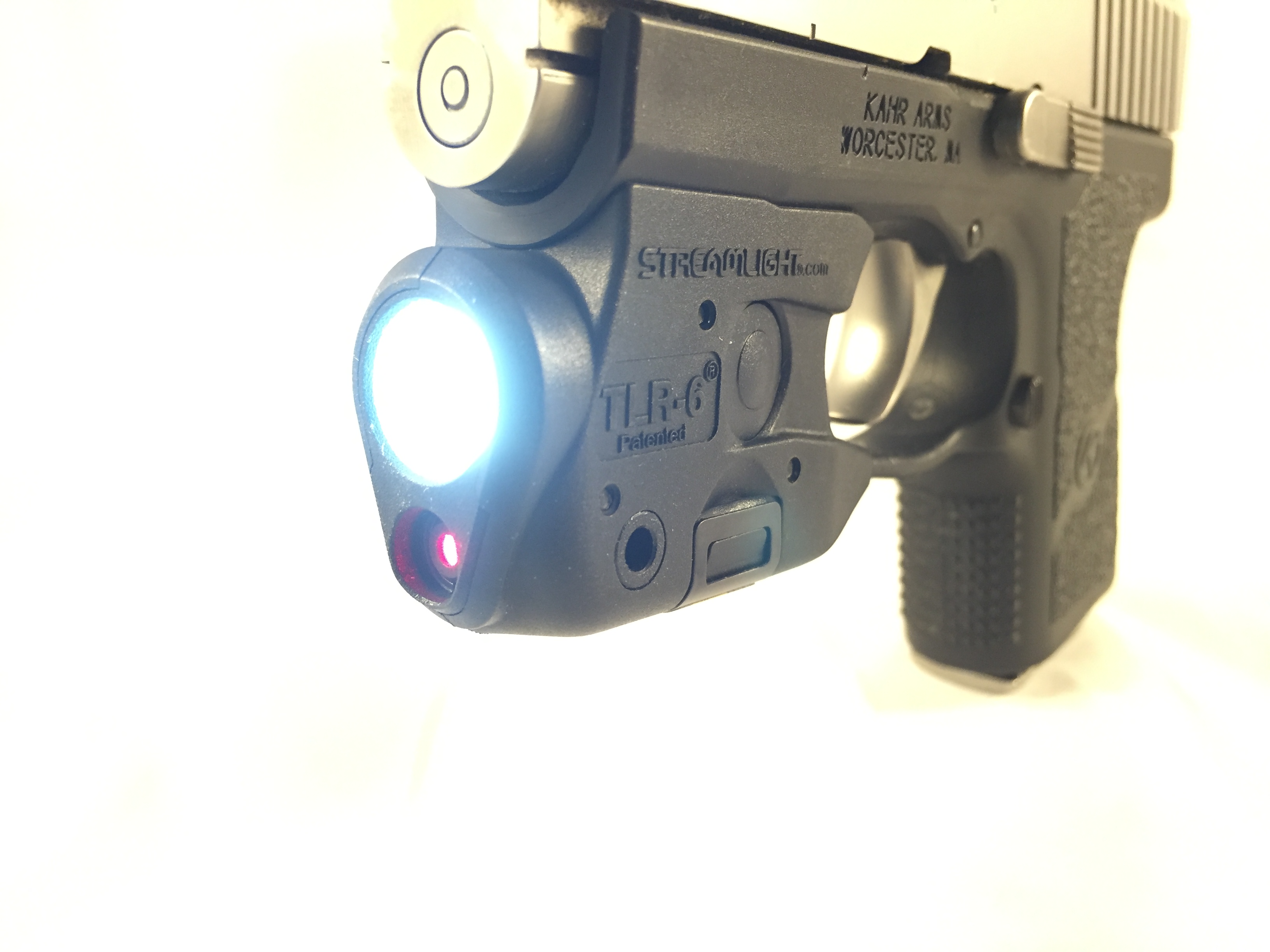 Streamlight has been a leader for years in the handgun laser/light combo market. If you look at the holsters that allow for rail mounted lights, most were made for a Streamlight. In fact, Streamlight is so well established that faux TLR training lights are available for live fire practice and other training scenarios. I don’t know another brand that can make that claim. So, I’ve certainly had experience with TLR combos in the past. A review of the TLR-4G can be found on this website.

That experience leads me to an up front warning about the TLR-6 for subcompact handguns. This TLR was made to fit specific models with no picatinny rail. This means, unlike the TLR you may be used to, there is no adapter or adjustment to be made. Make sure you buy the right model for the gun you are using.

In my case, that gun was the Kahr CM40. Previously, I kept a laser on that little pocket rocket and consider it a B.U.G. for my purposes. I’ve been carrying in as a back up in a DeSantis Super Fly pocket holster for over a year. While its been a perfect marriage for that entire time, the addition of a weapon light with the TLR-6 has created a bit of a stretch for that set up. But both myself and the holster are adapting nicely.

So how does that TLR-6 work with the Kahr CM40? I’d say pretty flawlessly. I thought the CM40 was one of the best guns to test this weapon laser/light combo. If you look at the list of weapons that this TLR is made to fit the CM40 is one of the smallest and as a 40 caliber one of most punishing weapons available. There is no doubt the CM40 is very snappy and as such if there was to be a problem with the TLR-6 I would expect it to show up fairly quickly. The bottom line is the light is bright, the laser is nicely visible, both stayed on in testing and the laser kept zero. That’s all we can ask of the TLR-6.

Now for a few specifics about working with the TLR-6. Mounting is done with the tightening of 3 small horizontal bolts. The laser is adjusted with a tiny allen wrench for windage and elevation. It should be noted, the sighting in process is a little touchy. I found that I needed to moved the laser to the desired placement and then give it a tap to see if the laser settled away from my setting. After that it was a series of micro movements and taps to get it where I wanted it to stay. Once I had it on the spot after an opportunity to settle, it stayed put reliably.

As for function, the ambidextrous activation switch is designed to be used with the off hand thumb in a standard two hand hold. One tap on, one tap off. There is nothing else to remember. There is no extra function or setting. On means light and laser come on, and off kills both. That’s it, no separation.

I will say, I have options with the accessories I carry on or with my weapons. I mounted the TLR-6 on my B.U.G. in place of another laser that has been on it for over a year. It’s the choice I made for my safety and the defense of my loved ones. I think that says a lot. I also believe the weapon light is more important than a laser. The TLR-6 gives me both with simple function. In the past, I’ve pulled my weapon and a tactical light and never thought to active the laser. The use of the light will automatically initiate the use of the laser and add that extra advantage I never remember to use. I think it’s a fantastic addition to your pocket pistol and with the price point, why not.