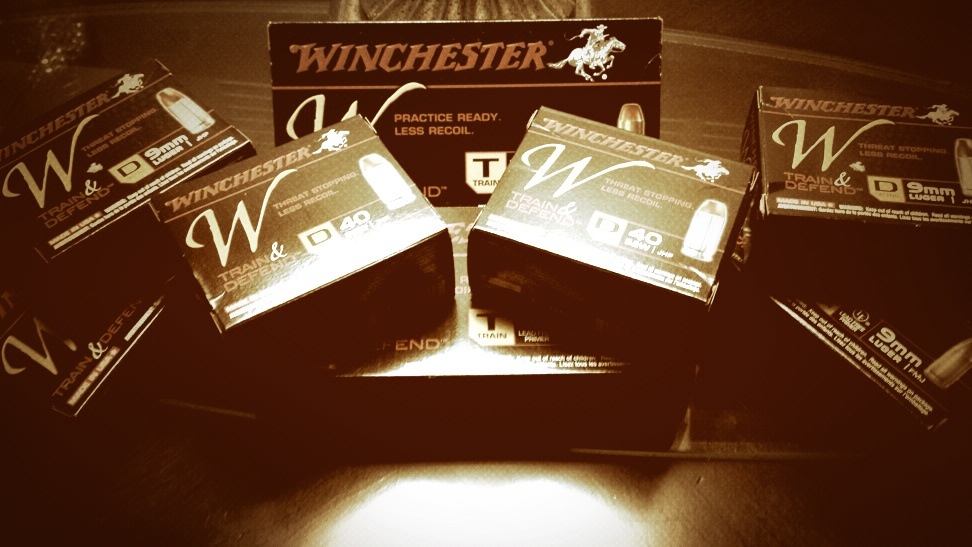 Winchester recently introduced the “W” line of ammunition consisting of training and defense rounds in .380 ACP, 9 mm, 40 Caliber S&W and .38 special.  This ammunition is designed to provide reduced felt recoil for the shooter.  More interesting is the second goal of the W line.  The W training rounds are ballistically matched to the defense rounds.  This means you can train with your normal box of Winchester W line T rounds and be confident that your point of impact will be the same at your time of need.  The D hollow point rounds  will hold the same placement as what you have been seeing at the range.

I put this to the test.  I fired the “W” line ammo in mixed magazines and in succession on the same targets at multiple ranges.  If there was any difference in the POI I should have seen 2 separate groupings developing on the target.  I did not.  What I got was a single grouping with no distinction in hit location or felt recoil.  Simply put, the claims from Winchester are justified.

More importantly to me was what I found on testing the D rounds for penetration.  Firing into wet paper with a .40 cal D round from a 4 inch barrel or a 3 inch barrel produced the same 9 1/2 inches of penetration.  This is significant, as the Hornady Critical Duty rounds maxed out at 11 inches.  When you do the math you will see the wet paper is about 33% more dense than ballistic gel.  This places the D round at about 12.5 inches of penetration on bare gelatin.  That’s a good number.  More striking still is the comparison to Critical Duty once the bullets were dug out.  The Winchester rounds had expanded to .734 of an inch without any fragmentation where the Critical Duty only managed .548 of an inch. Thus the W rounds left a significantly larger wound channel.  The one thing that is not well shown is the effect of cavitation on this medium so there is a possibility that the Critical Duty could have made up the difference in the effects of velocity that was not measured.  A surprising outcome that looks very good for the “W” line of Winchester ammunition.